The last time Noah Kahan was in Utah he opened for George Ezra.   Just five months later, Noah played his own headlining, sold out show at The State Room. Things are really starting to happen for Noah and you could feel it in the crowd, and in his performance on Tuesday night.

The room went dark, and above the stage “Noah Kahan” appeared in neon lights.  The audience roared and got louder still when Noah appeared from backstage. It seemed difficult for Noah to hide how much he enjoyed the applause.  He might not have been trying. Can’t say I blame him.  I would be smiling ear to ear if a sold out venue was cheering for me like that.

Noah went straight into his catalog, opening with “Fine”.  He then continued with “Hallelujah”, “Sink” and his latest single “False Confidence”.  Noah mentioned how cool it was to have a sold out show. Noah stated that it wasn’t that long ago he was covering Ed Sheeran songs for his friends.  He joked that he used to play soccer and he would keep his musical talents from his teammates to avoid being made fun of. I’m curious how surprised those guys are to know that their former teammate is a touring musician with a career on the rise here in the states, and already a major success in Australia and other various countries. 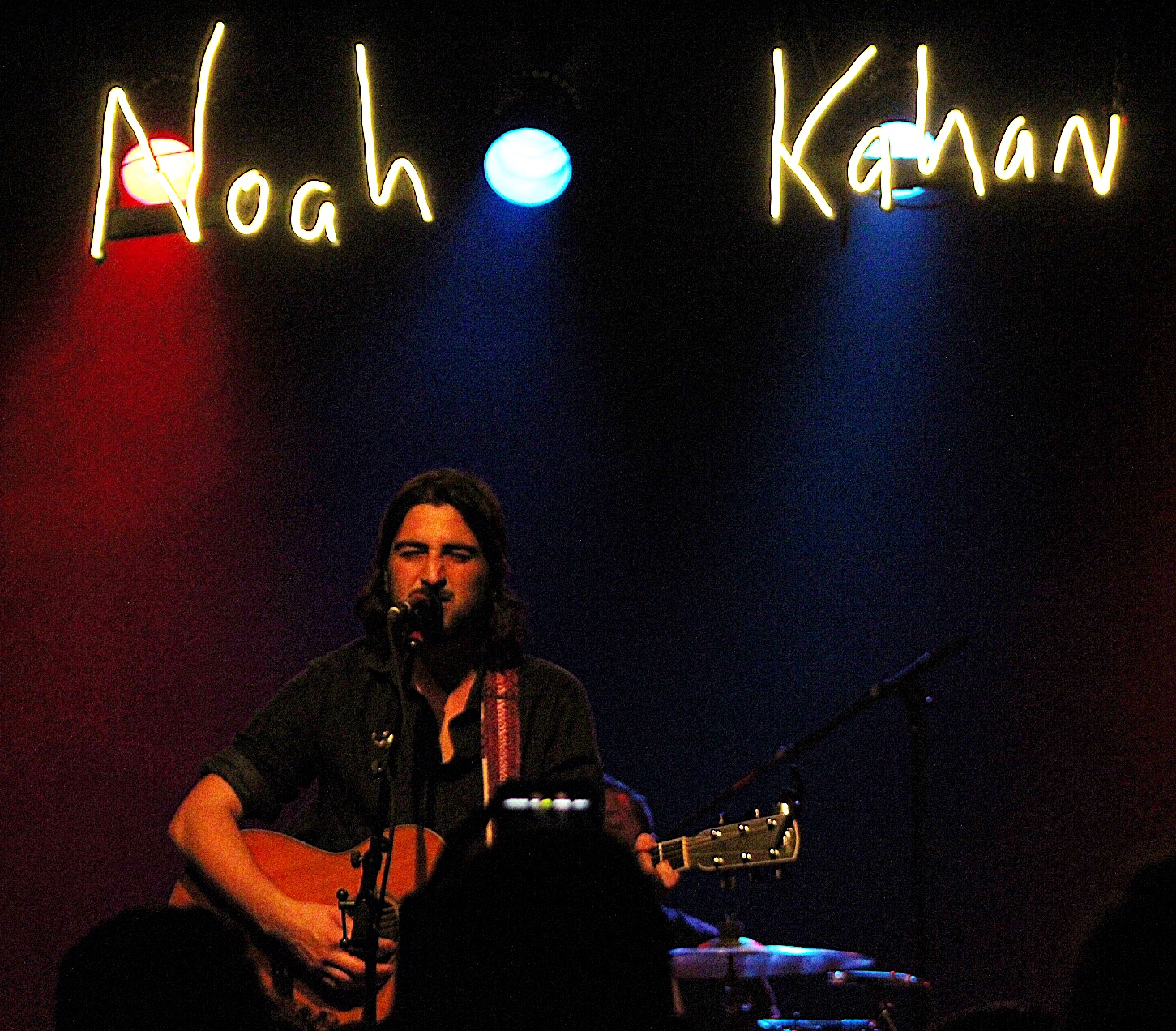 The thing that impressed me the most about Noah was how deep and seasoned his songs are.  I think he’s only 21 years old, but if you listen to his music, you might think he’s older.  His voice is rich and he has a surprising range. He can take his voice from a low gravelly tone to a high falsetto,  and neither of which you expect to hear performed so well.  But you’re delighted when you do.  Noah has this pointed stare.  I couldn’t tell if he was looking in one direction while focusing on the song, or if he was actually staring right at an audience member.  But it added an intensity to his performance.

When I spoke with Noah, he mentioned that he loved when people sang along to his songs.  Well, he must have been happy with the Salt Lake City crowd because as I looked around throughout the show I noticed people singing along to just about every song.  There were a couple times where he unnecessarily encouraged the audience to sing along to the next song if they knew the words. This audience was well versed in the lyrics of Noah Kahan’s material.  And they were so excited to be singing along with him.

Noah and I also spoke about him hoping that the crowd would want to hear new material along with his more familiar songs.  I told him that he was in a great place in his career because people are dying to hear his newest music. And I was right. He asked if he could play a new song, and of course, the audience was happy to hear a new song.  He performed “Please” off of his new EP “Hurt Somebody”.

As the show went along, I wondered if Noah would have enough songs to fill his set, or if he would need to do some covers into the show.  Surprisingly, he only needed one cover to make the show long enough to feel like a full show. He covered Ray LaMontagne’s “Jolene”.  He performed the song without his band members perfectly, and it could have passed for one of his own.

Speaking of Noah’s bandmates, I thought they sounded great, and they all seemed to love being a part of this huge upswing Noah is on.  The band consisted of drums, bass, and guitar.  Not only was their instrumentation of these songs excellent, but they provided perfect backing vocals to Noah.

Noah followed “Jolene” with his biggest hit to date “Hurt Somebody”.  He joked that sometimes in past shows, people were waiting for him to invite Julia Michaels on stage to sing it with him.  Noah has released a duet version of “Hurt Somebody” with Julia, which is the opening song on his EP of the same name.

I only have one complaint about the whole show.  And it’s a pretty small nitpick. When Noah finished the final song of his main set “Hold It Down”, he walked off stage. His band played as he walked off, but then as they went to leave the stage Noah’s guitarist started encouraging the crowd to chant “One More Song!”.  They of course complied. But here’s my nitpick, they were going to do that anyway. As I said, it’s a small complaint, and I have no way of knowing if they’ve had to do that in the past because the crowd started to leave. And if that’s the case, I can’t blame the guy. But this crowd was so into the show.  They weren’t going to let these great musicians leave without giving an encore.

Noah returned to the stage to perform one of my favorites “Catastrophize”.  I have to hand it to him, he placed this song perfectly in the setlist. The audience sang along, danced and I don’t think anyone left.  The night ended with “Young Blood”. I think the crowd forgot about that song because when he announced it, they were so excited to hear one of their favorites.  I could see people saying to their friends, “Oh yeah!  I love this song!”  Noah left the stage, and the band played on. When they finished, they left the stage as well and the lights came up. I looked at the young fans faces and they were all so happy.  They had just seen one of their favorite new artists. They’ll be able to say they saw him before he plays the big venues.

When you walk out of The State Room they have posters of bands that have played the venue in the past.  I have a feeling that in the future people are going to see Noah Kahan’s poster and say “Wow, Noah Kahan played here?!  That show must have been incredible!”. And they’ll be right. I’m so glad I got to see this emerging artist at this stage of his career. 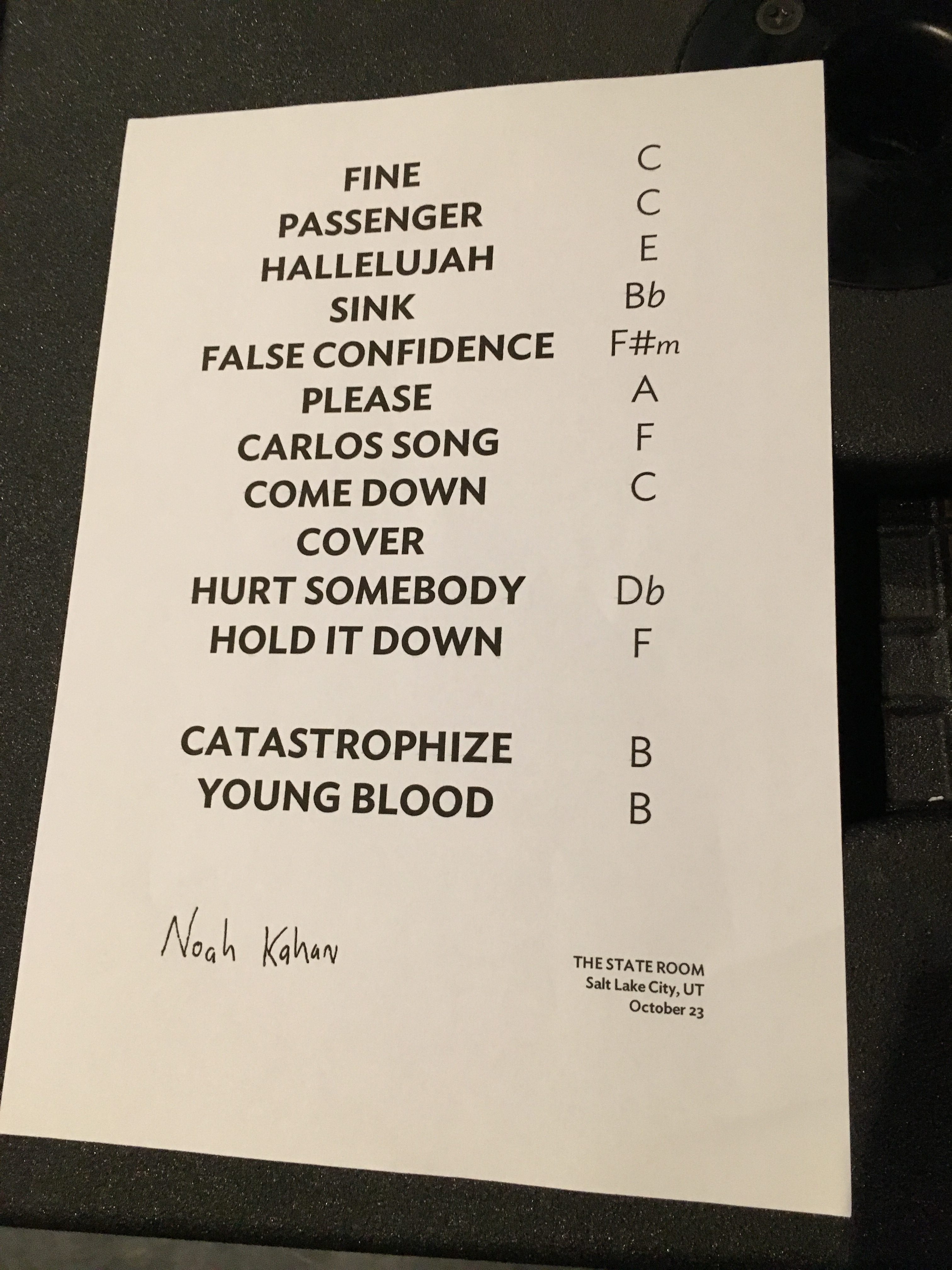