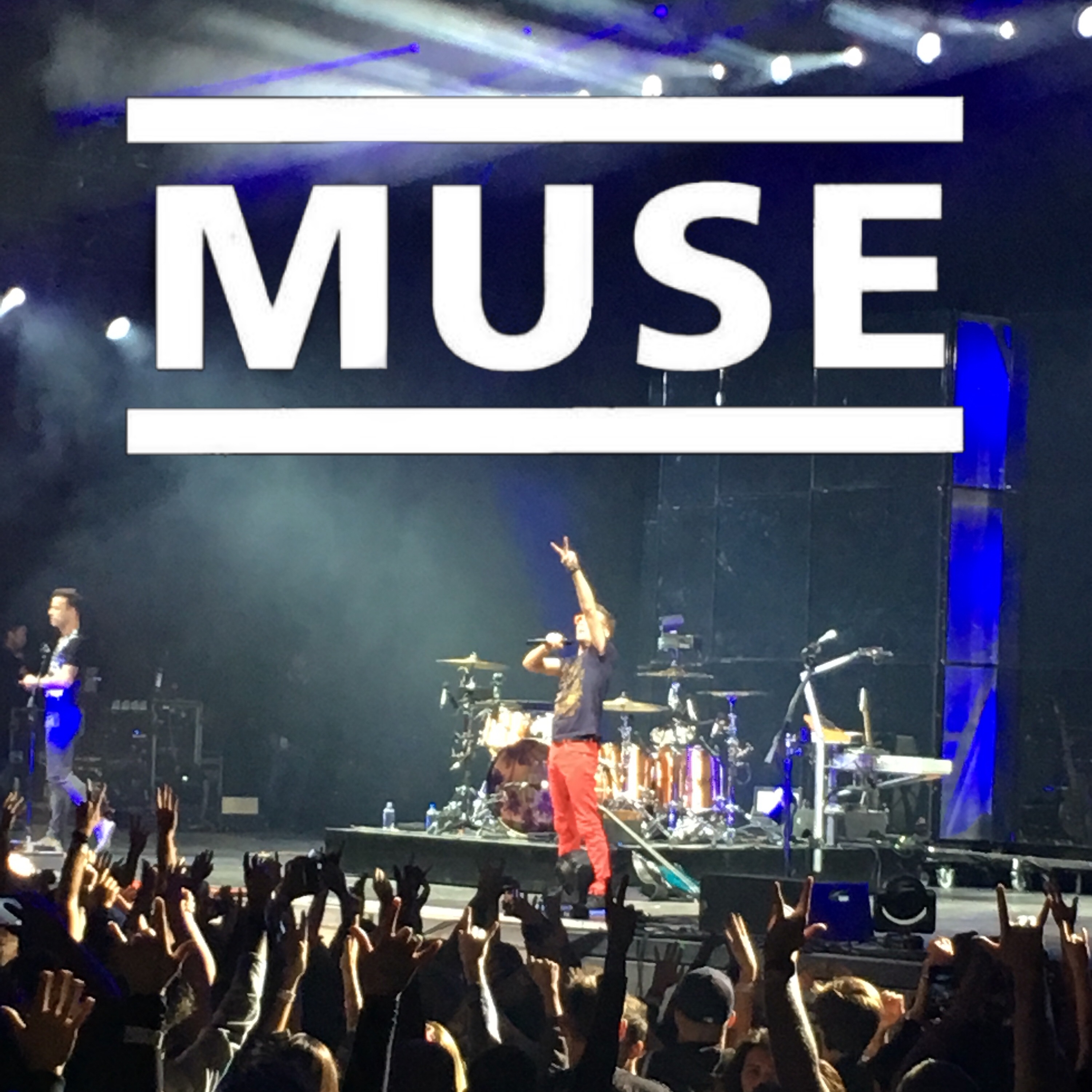 The summer is quickly transitioning to fall here in Utah.  But the temperature is still warm enough for just a few more outdoor concerts.  One of the final shows at USANA Amphitheater this season and one I had been eagerly anticipating since I bought tickets in the spring was Muse.

Due to scheduling conflicts, I wasn’t able to see all of 30 Seconds to Mars set.  I saw the final few songs. From the little that I did see I was impressed.  The crowd was alive as if they were the headliners, and Jared Leto sounded better live than I had anticipated.  He’s also a really good front man.  He had the crowd singing along while inviting many to come on stage for the final song.  The constant thought while looking at him was, ‘This guy is an academy award winning actor, and he’s killing it on stage in a moo moo? Share some of the talent dude.’

While the energy was high for 30 Seconds to Mars, it really did go up a notch when Muse walked onto the stage. They hadn’t made a tour stop in Utah since October, 013 so I think the crowd was happy to have them back. Truth be told it was that 2013 concert that inspired me to want to create this website back in 2013. 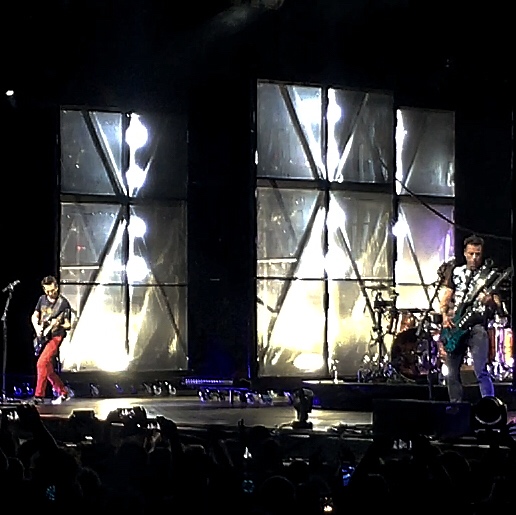 Frontman and lead guitarist Matt Bellamy doesn’t say much in between songs.  He’ll say things like “How’s it going Salt Lake?”, or “Let me hear you Salt Lake!”.  But other than that, there isn’t much crowd work on his part. They play the songs, let the crowd go nuts for about 30 seconds, then get right back to playing.

The thing I find most interesting about a Muse concert is that despite their lack of crowd interaction, it’s impossible to not be drawn into the show.  Yes, the lighting and special effects are great.  They always are at a Muse concert.  But it’s more than that.  It’s quite simply the music.  They have so many great songs.  Songs that are meant to be performed live, and in front of a large crowd. And from my vantage point, USANA Amphitheater was packed! 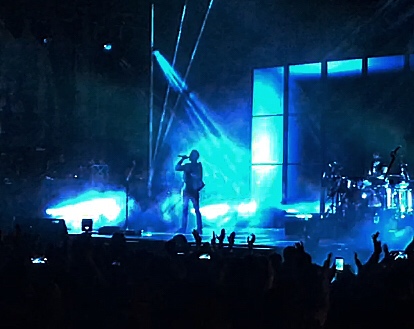 Their music is a blend of so many music genres.  In one song I’m hearing indie rock, the next I’m hearing elements of funk and disco.  And of course, many of their songs feature strong elements of hard rock.  It fascinates me to watch a crowd go from a dance party to headbanging.  Sometimes within the same song!  I think that’s why there really is no need to interact too much with the audience.  Their music speaks for them.

There was, however, a moment towards the end of the show when Muse mega-hit “Starlight” began.  I could hear Matt Bellamy singing, and I could tell it was the vocals were live.  But I couldn’t see him.  His face was on the screen and he appeared to be walking so I looked behind me and saw him walking at the back of the seated part of the venue where the seats end and the lawn begins.  As someone who has sat in the lawn many times, I was excited for those fans to get a closer look. Selfishly though, I was bummed to have the action so far away during one of Muse’s biggest songs.  So while I say that Matt didn’t say much, the music and his visit to the back of the venue made up for it.

The band closed the main set with “Mercy” off of their most recent album “Drones”.   They came back and sang two huge anthems “Uprising” and “Knights of Cydonia” to close the night.  I really like both of those songs and they are incredible live.  I remember after becoming a fan of Muse thinking ‘How are they going to top the album “Absolution” and the song “Hysteria?”’. And then I heard “Knights of Cydonia” on their follow-up album “Black Holes & Revelations” and I thought, ‘Touche Muse. Touche.”. So as I’m sure you can guess, I was so excited they closed with that song.  The place was on fire, and I was going nuts.  I looked to my left and there was this really pretty girl headbanging as if it were a Metallica concert.  It was awesome!

I’m sure it’s obvious, but it must be said that I’m a huge fan of Muse.  I used to like them, and then I saw them live back in 2013 and I appreciate them so much more. I think everyone needs to experience their live show. Their songs need to be heard in that setting.  I can’t wait to see them again. I just hope they come back sooner.