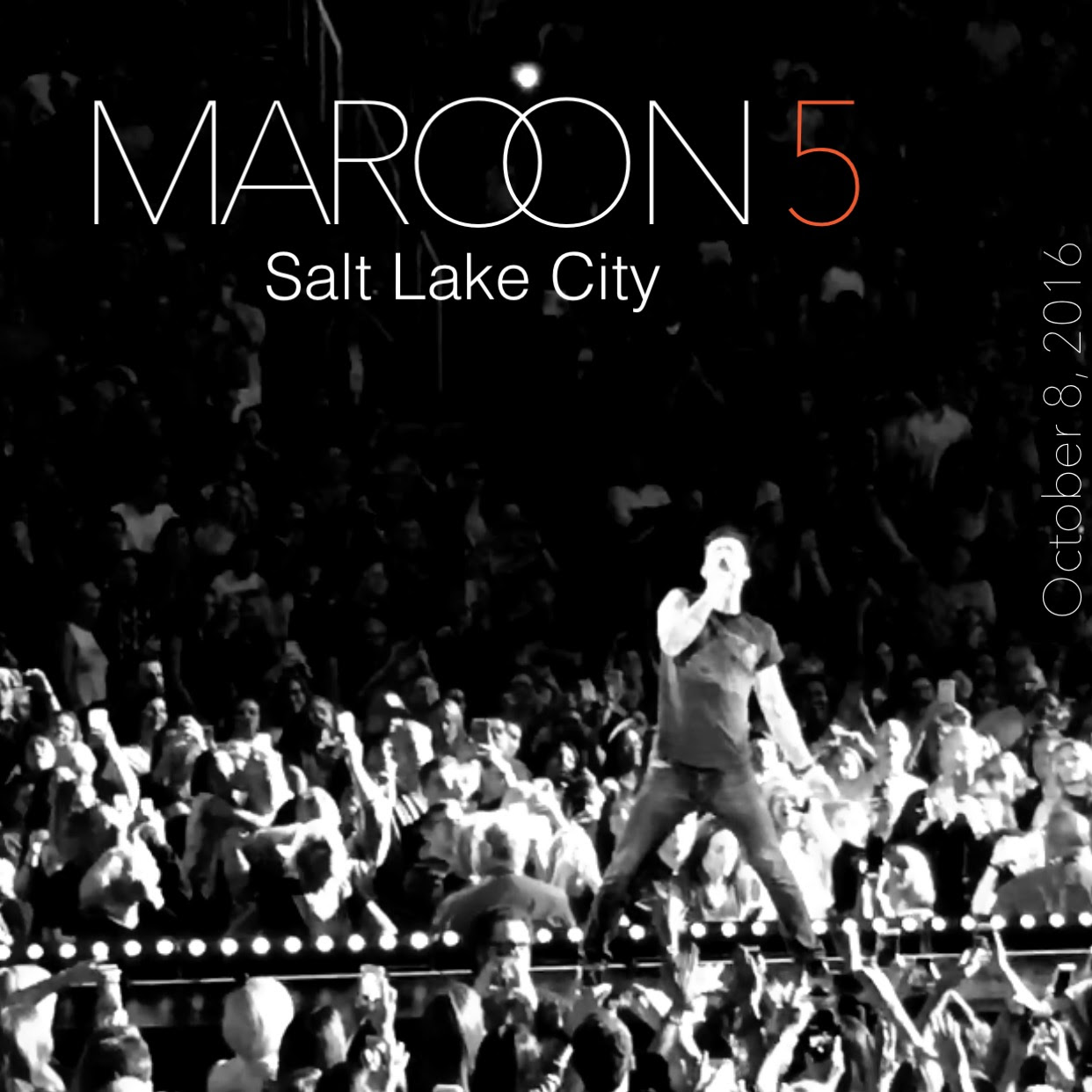 Tickets for Maroon 5 went on sale a year ago.  So as I’m sure you can imagine, the anticipation in Vivint Smart Home Arena was high on Saturday night.  I had no idea I was going to this show until the morning of the show, so it was fun for me to look around the arena and see the true Maroon 5 fans bubbling over with excitement. The crowd dynamic was much different than I expected.  To be honest, I expected a mostly female crowd.  While that may have been the case, the percentage of women to men was much more even that I had anticipated. There were also a lot of older couples at the show.  Didn’t see that coming.  Young and old, male or female, we were all in for a really fun night.

The indie supergroup Phases opened the night with a really impressive thirty-minute set.  To be honest I had never heard them before.  But from song one I was hooked.  I highly recommend checking them out.  They were followed by Swedish singer Tove Lo.  She’s a successful songwriter now coming into her own as a performer and solo artist.  I thought these were great choices to open for Maroon 5.  And the audience seemed to really enjoy them as well.  It was noticeable to me that these support acts appreciated the involvement of the already jam-packed crowd.

Maroon 5 opened the show with mega-hit, “Moves Like Jagger”.  A song that could easily be used as an encore song made for a perfect opener.  The band had this crowd in the palm of their hands from the get-go.  I was really amazed at how little time it took for the show to get to an energy level this high.

There were a couple things I noticed from this show.  First off, Maroon 5 has a ton of hits! I know they have been around for awhile now, but I guess I didn’t realize just how many hit songs they have in their catalogue.  Before this show, I didn’t own one song from the band.  (Since the show I have definitely downloaded a couple albums.)  But besides one previously unheard new song, I knew every single song.  These guys are hit machines.  But not only are these hits, they are really good songs.

The other thing that really stood out was just how remarkable Adam Levine’s voice is.  If you have heard a Maroon 5 song, (and if you haven’t, you must have been living in a cave) you’ll notice that Adam sings really high.  I mean, really high!  I was actually nervous for him before the show.  Singing high night in and night out is not an easy thing to do.  But I had nothing to worry about.  As you can see in the video below, his vocals were perfect.

The Utah crowd was elated when they were introduced to lead Guitarist James Valentine, a current resident of this great state.  When Adam mentioned that James currently lives in Utah, the crowd went wild.

The band left for an encore, and when they returned they came out to the far end of their catwalk to perform for the other end of the arena.  I love it when bands do that.  Adam did his best to give the crowd a special moment.  He asked the capacity crowd to put away their cell phones for just two minutes while he sang “She Will Be Loved”.  He mentioned that he wanted to have an experience where we were living in the moment and couldn’t take home with us.  Most of the audience did just that.  Their cell phones went into their pockets and they were able to be in the present.  However, there were some that couldn’t help themselves as they still took pictures and filmed the song.  He would call them out and make jokes which I thought was cool of him.  He could have easily flipped out and made things awkward.  But he kept things light and the people he called out laughed at being put on the spot while looking like idiots to everyone else in attendance.

The show finished strong with the band singing “Sugar” and paying tribute to Prince by closing with “Let’s Go Crazy”.  Now, many might not know this, but Adam Levine is an amazing guitarist.  When you are done reading this gem of a review, go to youtube and type in “Adam Levine Guitar”.  You’ll see plenty of examples of his skills.

I had a great time at this concert.  Maroon 5 gets those unfortunate labels of being “pretty boys” “too soft”, “too pop”, or my favorite “a band for girls”.  I don’t remember being liked by women ever being a negative thing.  Yes, they’re not a hard rock band, but they’re not trying to be.  None of these labels matter when you’re good.  And they’re really good. Their songs are well crafted, and their live show was great.  Much better than I expected it to be.  And I knew I was in for a good show.