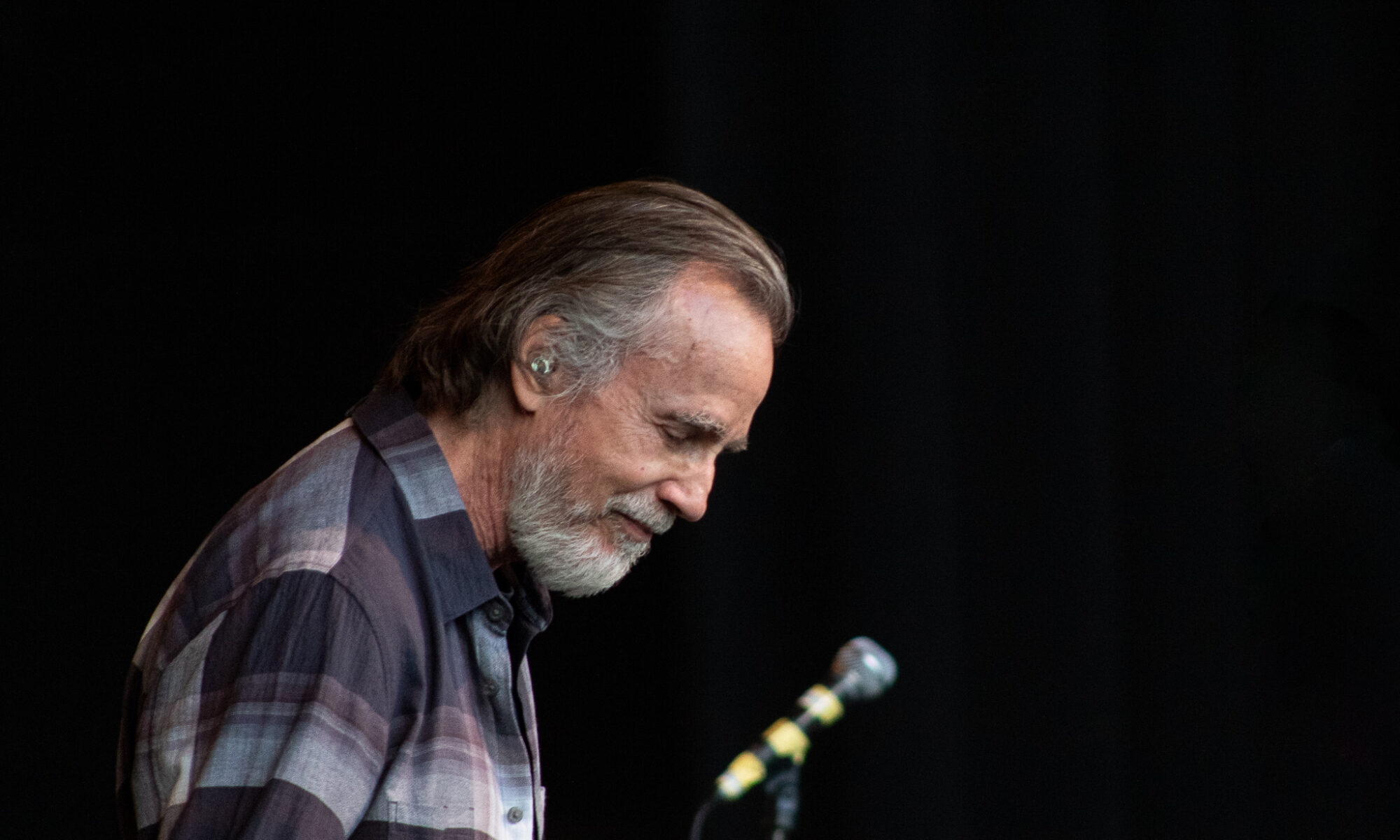 Reviewed and Photographed by Justin Hicken

The Sandy Amphitheatre was privileged to host “An Evening with Jackson Browne” on Friday the 23rd of September. And it was special. It had been over four years (July 2018) since Utah was last treated to this type of Jackson Browne experience.

Jackson did pay us a visit last October (2021) accompanying his good friend James Taylor. But his opening set from that show was more of an appetizer to nibble on. The “Evening with Jackson Browne” was more comparable to a Thanksgiving feast for ears and soul.

While his tour wrapped up just one show after Friday’s evening in Sandy, (The final show was Sunday at neighboring Red Rocks) Jackson is known for this type of amazing show format. Where he plays for a generous amount of time while showering showgoers with endless gems and hidden treasures from his catalogue. Most artists nowadays might come out and play a 75–90-minute set; that’s not how Jackson treats his audience. Jackson played just shy of three hours. He started sharply at 7:00 pm and ended at 9:53 pm. Respecting the strict Sandy Amphitheater curfew of 10:00 pm. In the middle of it all was a small 10-minute intermission. That was most likely shorter than most of the restroom-seeking patrons anticipated.

Jackson took the stage opening with “Somebody’s Baby”. The hit he’d written for the 80s film Fast Time at Ridgemont High. He then followed up with a beautiful piece from his mid-90s record Looking East “The Barricades of Heaven”. All in all, we were treated to 27 songs, and Jackson played across a majority of his catalogue. We heard songs from thirteen different records including Jackson’s first record “…released over 50 years ago” Jackson Browne, as well as Jackson’s most recent record, Downhill From Everywhere, released just last year.

As mentioned, Jackson’s catalogue is cavernous and deep. In fact, it’s hundreds of songs deep. It’s so deep that he has the freedom to explore his creations from one show night to the next. Some nights Jackson plans on playing some of his deeper tracks. Some nights the audience calls for them or a combination of both. As a point of reference, I’m a big fan. I’ve had the opportunity to see Jackson live twenty-four times over the last 20+ years. I’ve heard him play at least 85 different songs that I can document. I’m sure it’s been more given my poor recollection of earlier shows from 20 years ago.

Even with having heard so many of his songs, I heard two songs Friday that I had never heard played live before. “Linda Paloma” The Pretender and “Sing My Songs to Me” For Everyman. Jackson mentioned that one of his sons had requested “Linda Paloma” at a show not too long ago. “Sing My Songs to Me” was played to open the second half of the show. Then rolled into “For Everyman”. We got to hear 6 of the 10 tracks from the For Everyman record.

Jackson usually doesn’t ask for song suggestions; I think he knows they will come anyway. He’s always obliged to entertain them. About five or six songs into the evening’s set the requests started coming in as shouts from the crowd. Jackson went for one as he sat down at his piano and played “Sky Blue and Black” I’m Alive (Not on the setlist for the night). Later, he took another request for “For a Dancer” The Pretender. Jackson laughed as the shouts for requests came in between songs. “We could do that…we could just veer off the road and drive that way ha-ha”. Eventually, Jackson found his way back to a few tunes that he had planned for the show. The unpredictability of what he might do is always exciting.

Jackson writes each of his songs with poetry-like lyrics and heartwarming melodies. “I need to shake the temptation to tell you something about each song. The songs themselves are stories,” Jackson remarked during the set. “This is the oldest song I’ll play for you tonight”, Jackson mentioned before diving into ‘These Days’ For Everyman. A song written by Browne when he was only 16 years old. It is so timeless that its messages are just as applicable today as they were almost 60 years ago.

One interesting note about the evening performance was that this was Jackson’s first time playing at the Sandy Amphitheatre. “I think this is my first time here,” he remarked, and he was right. He’s played at just about every other large venue in Utah (Red Butte Garden, The Maverick Center, Park City, and the then Delta Center etc.) The venue is very small and intimate, and you feel close to the band. It seems that Jackson and his band are still playing it very safe post COVID-19, as they were set up as deep onstage as I have ever seen a band set up at that venue. The frontline was about a good 40 feet from the edge of the stage, and you probably could have fit the whole gang in front of the setup they had.

Despite his longevity and the miles that he has under his belt, (He’s just a few weeks shy of his 74th birthday) Jackson didn’t miss a beat, and as mentioned, played for nearly three hours. Jackson’s voice is still incredible and has aged very well. It’s very soothing and is very easy on the ears.

Jackson was accompanied by longtime friends Val McCallum (guitar, backing vocals, harmonica), Greg Leisz (guitar, slide guitar), Bob Glaub (bass), Mauricio Lewak (drums), Jason Crosby (keyboards, violin, and backing vocals), Alethea Mills (vocals), and Tiffany Cross (vocals). Jason and Tiffany are the newest additions, and we saw them last fall with Jackson when he visited Utah with James Taylor. Jason is filling in for Jeff Young, and Tiffany is filling in for Chavonne Stewart while Chavonne is busy being a mother of three.

After a brief break, the band came back out for an encore of “Take it Easy” rolling into “Our Lady of the Well” both off For Everyman. During “Our Lady of the Well” each band member got to showcase their talents via a mini-solo and all of them were treated to a thunderous applause from the crowd. Just when we thought our hearts were as content and happy as could be, Jackson emerged from the dark shadows after walking off stage for a second time to sit at his piano and dove into “The Load Out” Running on Empty. As the song drew to crescendo, each of the band members had quietly resumed their positions in the dark while the spotlight was on Jackson, and they all joined in. They appropriately spilled into and closed with “Stay” Running on Empty (Maurice Williams and The Zodiacs).

As mentioned, Jackson has wrapped up his tour, and for now, has just a few Australian dates in 2023 announced for the upcoming spring. Hopefully, he visits us again in Utah soon. When he does return, don’t miss him.

The Barricades of Heaven

The Long Way Around

Rock Me on the Water

A Child in These Hills

That Girl Could Sing

In the Shape of a Heart

I Am a Patriot (Little Steven cover)

Sing My Songs to Me

Until Justice Is Real

Late for the Sky

Our Lady of the Well