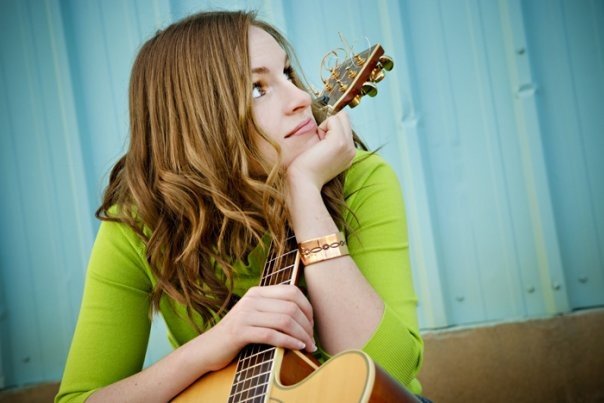 This week I caught up with local solo artist, Debra Fotheringham. Along with her solo work, she sings with the Blue Heart Revue and The Lower Lights.

Beginning December 5, the highly acclaimed The Lower Lights Christmas returns for the seventh year, with a six-show residency at Kingsbury Hall.  I really enjoyed speaking with Debra.

Utah Concert Review: How did you get into Music?

Debra Fotheringham: I got into music when I was around 14. I had always loved music from a young age watching live shows, that it was something that I knew I wanted to do.  My dad was a musician at one point so I grew up listening to a lot of music. So it was part genetic, and part I just gravitated towards it at a young age.

UCR: How did The Lower Lights come together?

DF: The central figure in the whole thing is Scott Wiley.  He owns June Audio recording studios.  And most of us know him from different projects and records he’s worked on. He was the central figure that called people and had people come in.  He and a few others had the idea to do a Hymns record with some of their friends.  And so they finally made it happen and Scott invited me to come and be a part of it, and then it
morphed into The Lower Lights.  It was supposed to just be an album we were recording, but then we started playing live shows and it turned into a thing.

UCR: So was it a love of the holidays or holiday music that started these concerts?  Because it seems like this has become the real focal point of the band.  Am I off on saying that, or does this seem to be the case?

DF: No, I’d say that’s a fair assessment.  I can’t remember exactly how it started, but I think we were releasing an album around Christmas time and we just decided to make it a Christmas show.  I can’t remember if that’s how it started but at some point, we decided we should do a Christmas show because we had people asking us if we were going to do one.  We had a surprising turnout at the first one, so we just started doing it every year because it was so enjoyable.

Another reason it became a thing with the band is due to the fact that there are so many people in the band that it can kind of be a logistical puzzle to get us all together and so when we have a set show like this, we’ll all be able to show up for it.  And the Christmas shows just happened to be what it turned into.

UCR: Did I hear that there were thirty or so members of this band?!

DF: (Laughs)  Yeah!  It changes depending on who shows up for each show.  It’s a pretty flexible lineup.

UCR: So what is your role within this enormous band?

DF: Within the band, I’m mostly just a singer.  I have arranged a couple tunes that we’ve done  but mostly it’s fun for me to just show up and sing, which is pressure off from doing my own stuff where I have to promote it all myself and write everything.  So it’s relaxing and fun to be part of a project where I just show up and sing and make music with friends.

UCR:  So, what might people who have never see this show before, be in store for?

DF: Well, (laughing) there will be a lot of people on stage.  It’s a “get on your feet and clap” kind of thing.  There are parts of the show that are more rockin’ and parts of the show that are more contemplative.  We try to have something in it for everyone.  We make it non-denominational so everyone will feel welcome.  We just try to have a good time and celebrate the season.

UCR: This might be a difficult question, but, what is your favorite part of doing these concerts?

DF: That is a hard question.  I think my favorite part is just being on stage with these people that I’m friends with who I love so much.  Getting to make music with them and sharing it with people that I’ve never met who are touched by it.  I’ve had some of the coolest experiences and heard some of the coolest experiences from people that share how they’ve been touched by the music.  That’s really made it special.  So that’s probably my favorite part, just the connection I get to make because of these shows.

UCR:  Being a local artist, what is your favorite venue to play here in Utah?

DF:  That’s a difficult question.  I really liked playing the State Room.  I think my favorite venues are house concerts, to be honest.  Just playing at people’s houses for maybe fifty people.  I like it because they are there specifically to listen to you so it’s a special experience.  They’re not there to socialize but to listen to music.  Venues like that where that is the emphasis are my favorite.  Kingsbury Hall is like that.  People are there to come listen to music rather than socialize.  Of course, there is a place for that, but for me specifically, those are the venues are my favorite for me to play.

UCR: What has been your favorite concert that you’ve attended?

DF:  I just went to Americana Fest in Nashville.  I went to so many good concerts there that the whole experience was my favorite.  It was all day long, good show after good show.  It was sort of mind blowing.

UCR: Yeah I bet that was amazing.  Well, on a personal note, I’ve been wanting to see The Lower Lights Christmas shows for years and for one reason or another not been able to attend.  So I am very much looking forward to it this year.

Debra is currently writing her next solo album that he anticipates being released sometime next year. You can find her previous solo work here www.debrafotheringham.com

You can also hear Debra with the band The Blue Heart Revue.  They recently released an album that Debra described as “Americana Covers”.  (Personal Note: Since this interview I have purchased this album, and have been listening to it on repeat.  I highly recommend it.)  To learn more about The Blue Heart Revue or to buy their album, click here.

The  7th Annual Lower Lights Christmas concerts begin December 5th, with shows on Monday, Tuesday, Thursday, Friday, and two shows on Saturday.  Tickets are going fast and these shows are known to sell out, so be sure to get yours soon. Click here for tickets.

Utah Concert Review will be attending the opening show on December 5th.  Look for our review of the show the following day.