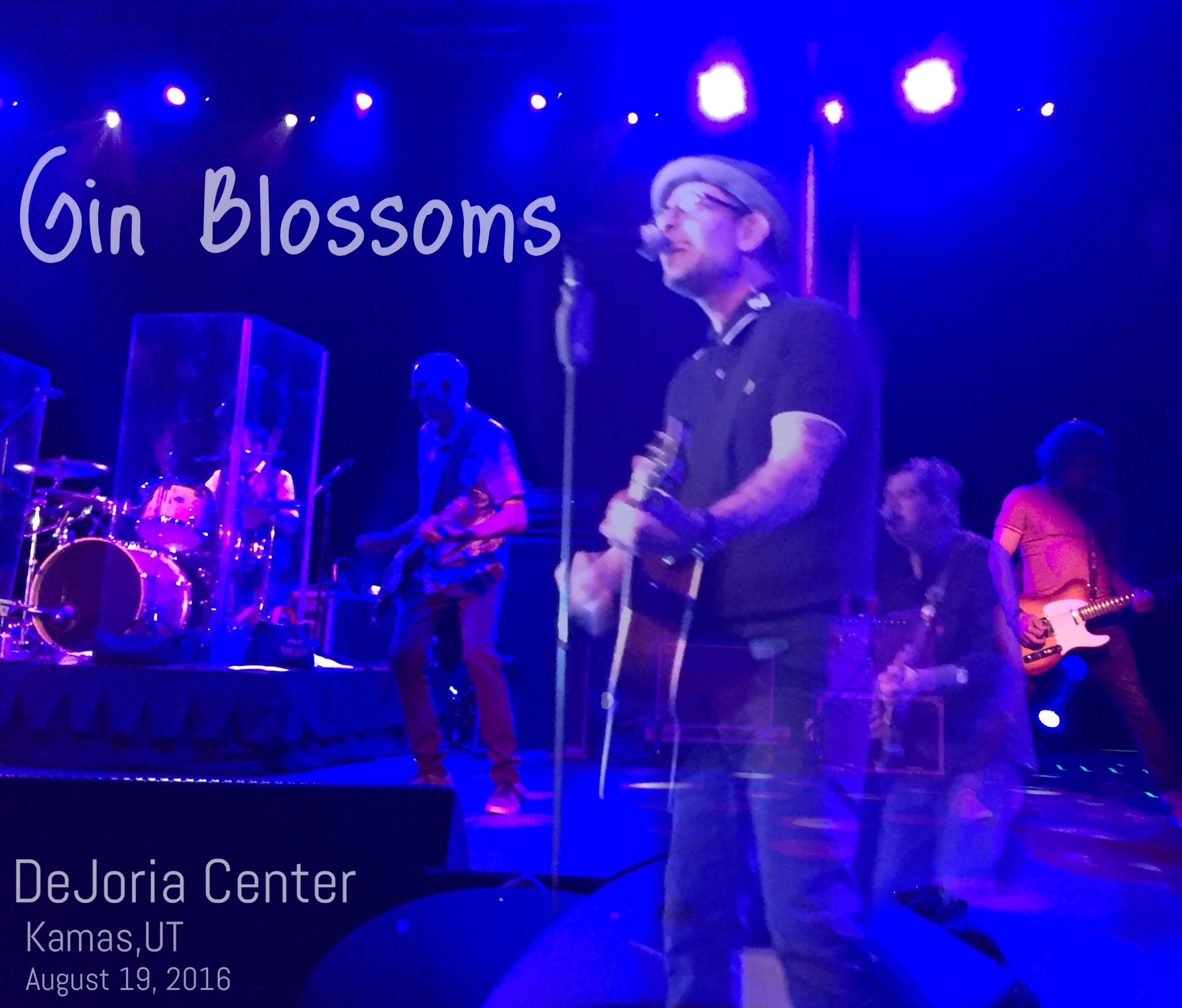 Kamas might not be the first Utah town you think of when you think of places you might be headed for a concert.  But I promise you, you’ll be heading there more and more with the new Dejoria Center fully functional.  I was able to check out this new facility while checking out one the best bands of the ‘90s, Gin Blossoms.

There wasn’t much to dislike about the Dejoria Center.  The staff was extremely friendly, the concert hall was spacious and I thought the acoustics were really good.  At least to my amateur ears.  They had two large video screens at the side of the stage.  They’re almost too big for the venue, but it’s awesome to have screens this nice.  Some of the venues in Salt Lake City might want to look into getting screens like this.  This is a really accommodating venue, and I have a feeling this venue will attract a lot of bands.

The show opened with an acoustic set from two of the four members of the band Fyre & Reign.  The local band based out of Orem did a solid job opening the show.  I think it can be really difficult as a supporting act to gain interest from a crowd who came to see another band.  But Fyre & Reign didn’t hesitate to interact with the audience, even inviting them to sing along in the final chorus of their song “Get Out of the City”.

After the opening set, I broke with man code and struck up a conversation with Fyre & Ice singer, Mikael Lewis at the urinal.  I enjoyed hearing about his band, their recent UK tour, and how excited he was to be offered the opportunity to open for Gin Blossoms.  Be sure to look out for some of his solo acoustic shows around Utah.

Because Fyre & Reign played an acoustic set, we didn’t have to wait long for Gin Blossoms to come out.  Everything appeared to already be set up.  A quick sound check, and then they were on.  They opened with their top ten hit “Follow You Down”.  The crowd was definitely excited but for some reason remained in their seats.  There was singing along, clapping along, and a lot of excited people, but for some reason not too many stood.  Lead singer Robin Wilson clearly noticed this, and when the opening song was over, he mentioned that everyone who wanted to, come right up to the stage and fill the gap between the stage and the seats.  I know a lot of bands don’t suggest standing up, or people moving up, but I really liked this move by Wilson. It was obvious by the people rushing to the front of the stage, myself included, that people wanted to be on their feet.  And I don’t think there was anyone who needed to be invited twice to be that close to the band.

The first thing that stood out to me was how good the band sounded.  They pretty much sounded exactly the same as they did when they first showed up on the scene in 1992.  It was really impressive to me that Robin Wilson has been able to preserve his voice. The harmonies of Jesse Valenzuela are as important to Gin Blossom’s sound as any other part of their make up.  And they were perfect.

Gin Blossoms have a very relaxed demeanor on stage that can be mistaken for them not being into the show, and maybe just going through the motions.  Not so.  Being right at the front of the stage gave me the necessary vantage point to realize that they were having a good time.  They seemed to really like playing live, and they were appreciative of the enthusiastic crowd.

Robin had a couple tambourines that he would rotate throughout the crowd between fans both young and not as young.  He got the crowd clapping along to just about every song. He even promised to do a song suggested by an audience member that wasn’t on the setlist.  And sure enough, they did it in their encore.  They also scrapped what they called a “Power Ballad” to cover Johnny Cash favorite “Folsom Prison Blues”.  This is a band that truly cares about putting on a great show, and pleasing their audience.

As I looked throughout the crowd something that stood out to me was how many people were smiling, and how many people were singing every word of pretty much every song.  It hit me that while like Gin Blossoms, and have always enjoyed their music, to others, this is their favorite band of all time.  There were people with personalized license plates, and signs, and as I said, an impressive knowledge of lyrics.  That had to be an awesome site to see for the band.

I mean look at this guy!  How happy is he that he is seeing Gin Blossoms?!

If you see a band you like performing at the Dejoria Center, do yourself a favor and take a beautiful drive out to Kamas.  You’ll really enjoy this venue.  And if you ever have the opportunity, do yourself another favor and see the Gin Blossoms show. They will not disappoint.