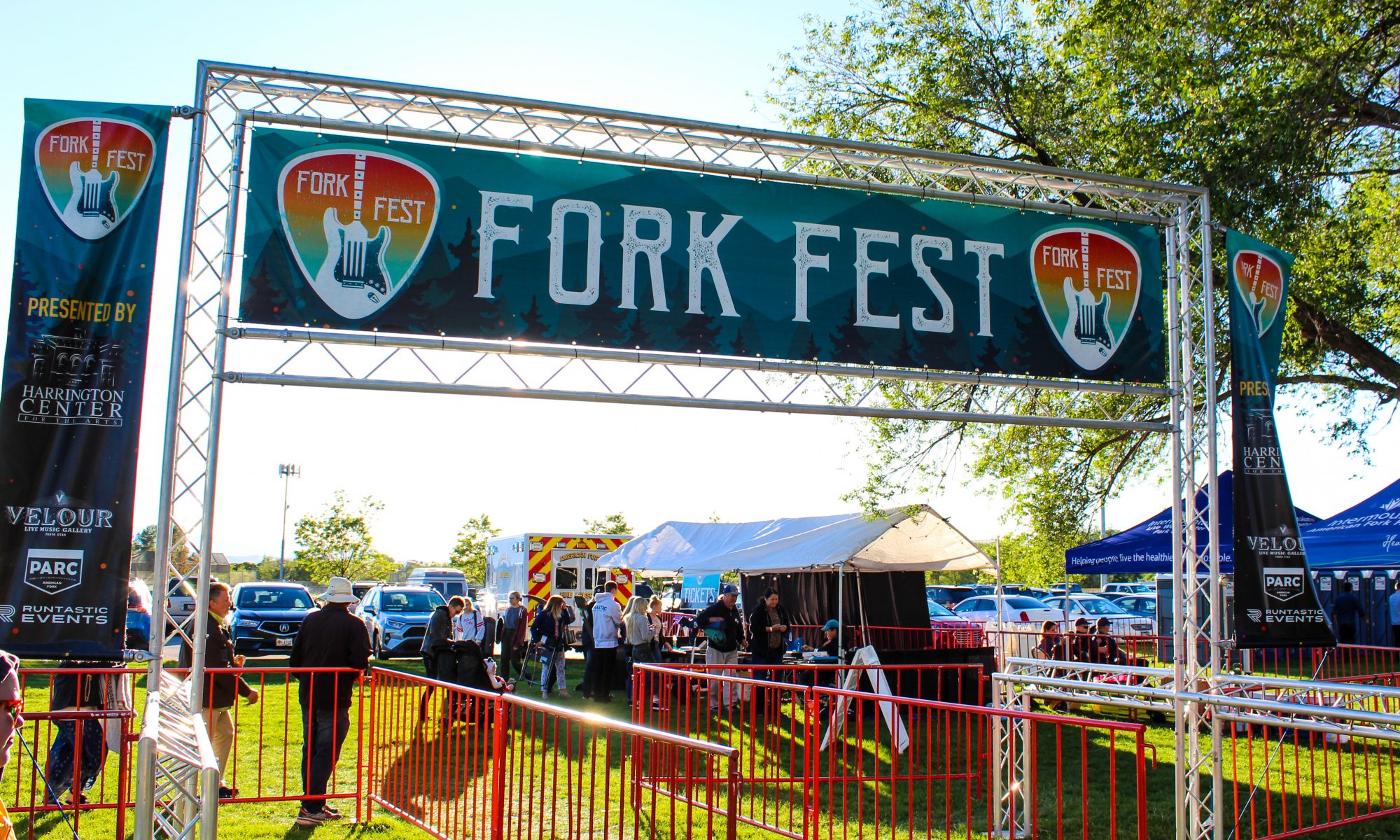 Back in 2010 Corey Fox, owner of Velour Live Music Gallery and singer-songwriter, Joshua James put together the first Fork Fest. It’s an event that is still talked about to this day.  Now in 2019, the Harrington Center for the Arts got involved and brought back this amazing festival that spotlights the best local talent in Utah.

This event could easily, and perhaps should be called Velour Fest because these bands have all graced the stage at one point or another of the iconic Utah County venue and champion for musicians in the area.  There were 28 bands on the lineup, each of them at varying stages of their musical career. I’ve seen local music all over this great nation of ours. I’m continually in awe of the talent pool here in Utah. If you heard that any one of these bands were signed (whatever that means nowadays) and were heading on a nationwide headlining tour you wouldn’t be surprised.  There is not only an embarrassment of riches when it comes to music talent here in Utah, but there is real professionalism in their approach to their music. Many of them started at an open mic night or a battle of the bands. But when they stepped on to one of the three Fork Fest stages they looked like seasoned veterans.

Fork Fest 2019 took place at Art Dye Park in American Fork.  Unfortunately, I wasn’t able to get to the festival until about halfway through the event.  I was disappointed to have missed some of the artists I have either enjoyed seeing in the past or was anticipating seeing for the first time.  When I walked into the park I could instantly feel the positive and casual energy flowing through the festival. The thing that immediately entered my mind was efficiency.  Everything seemed to be running so smooth. There were two large stages set side by side. While one band performed on one stage, another band was setting up on the other stage to perform next.  Once one band was finished it was usually ten minutes or less that the next band went on. And so it went throughout the day into the evening. I was amazed that they stayed pretty much right on schedule.  That’s not easy to do! And on top of that, the sound was really good! Very minimal feedback or obvious sound adjustments. Again, that is no easy task. I’ve been to festivals smaller and larger than Fork Fest where they’ve struggled the entire festival to get the sound right so great job to the sound people at Fork Fest for a job well done!

The third stage was off to the east of the two main stages inside a small forest.  Stage three was relatively close to the other stages and while I was walking over there I could still hear the music from the larger stages clearly.  It made me nervous that the music from the main stage would drown out the music coming from stage three. Especially since most of the music inside the forest was acoustic or more low key than the rock-oriented music from the other stages.  Well, once again I have to hand it to those handling the sound within the forest because once you walked in you could hear the artists from stage three perfectly. There was an occasional drum beat or bassline that could be heard, but nothing that would totally distract from what was happening.

The enchantment of the forest stage kept me in there for a while, not only due to the aesthetic of the location but artist after artist that took that stage had me hooked.  Mia Grace did her thing, always drawing in the audience and filling her performance with raw emotion. Timmy the Teeth was someone I hadn’t seen previously but I could have listened to his music and storytelling for easily another hour.  If you’ve never seen Ryan Innes perform live you’re really missing out. The power and soul in his voice is something that I think can only be fully appreciated in a live setting. Harpers was a band that I had never seen before. I was really impressed with them.  I could see hearing big things from them in the future. And of course Book on Tape Worm, who closed out the evening on stage three could have played until midnight and no one within the forest would have moved. People were in the trees listening to their harmonies from new songs to crowd favorites.  Stage three was the place to be but it was hard to stay in there because of what I knew was taking place on the two main stages.

It sounds like Fork Fest is meant to be an annual event. If that’s the case, I’m really excited.  The story with local artists is they either move on to bigger things, different things or stay local and keep plugging along.  Well if the lineup is similar next year, we’re good. If it changes drastically, we’re also good. There are so many bands like Imagine Dragons who played the first Fork Fest that have moved on to do great things, and there are bands that we might not be aware of yet that will soon win a Velour Battle of the Bands and headline a future Fork Fest.  One thing I do know is if future Fork Fests are anything like this one then we have an amazing local festival to look forward to year after year. This lineup had Corey Fox’s influence written all over it. So if he’s the one choosing the lineup year after year this festival is in great hands!