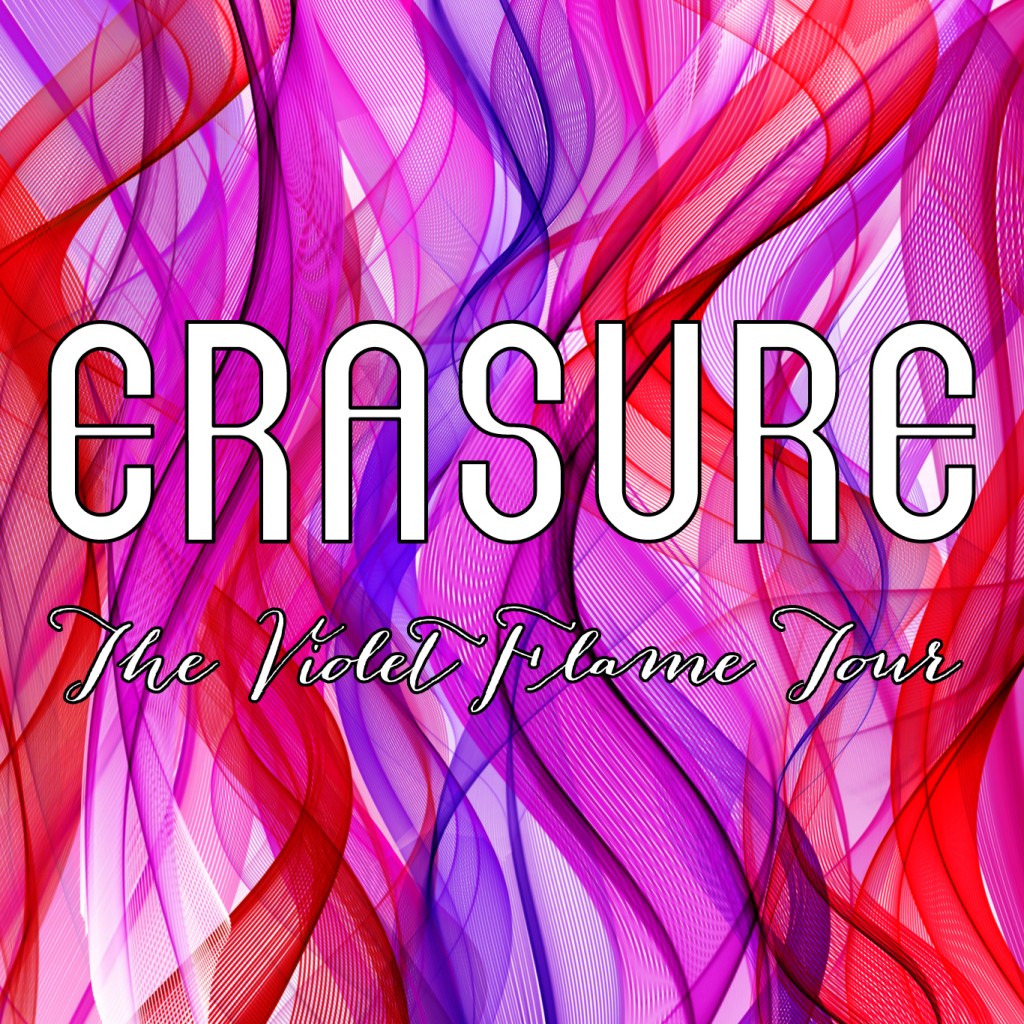 The first time I saw Erasure in concert I was 15 years old. It was also the very first concert I had ever been to. From that night I was hooked on the live concert experience. Now, considering that I’ve created a website dedicated to my love of concerts, it should seem clear that seeing Erasure live all those years ago, left quite an impression.

Well, here we are almost 25 years later, with many Erasure shows in between and I must say they still put on one of the most entertaining shows of anyone I’ve seen. The electronic orchestrations for this tour created by Vince Clarke were brilliantly done. There were 12” remixes of some older Erasure standards that gave the songs a new life. Andy Bell never fails to disappoint with his vocals or his energy on stage. Their two backup singers blended with Andy as beautifully as they have done over the last 25 years.

I suppose Erasure is considered an “80’s” band. But don’t expect to see a retrospective show with old songs rehashed for the millionth time. Believe it or not, Erasure still releases new music with charting success. Their current single “Elevation” is currently #6 on the Billboard Club Dance Chart. I’m not saying they’re going to be playing the VMA’s anytime soon, but I firmly believe that if one of their songs were recorded and released by Lady Gaga, Ellie Goulding, Lorde, Bastille or even Sam Smith, they would be hits for them. Erasure is Electro-Pop at it’s finest. And the beautiful thing about music created by computers and synthesizers is it can always be updated.  And that is something Erasure always does on their live shows. And in my opinion, it keeps them current, and interesting.

I’ve been to the Capitol Theater several times, but never for this type of concert. The acoustics are amazing! I had the good fortune of having my seats upgraded. The couple next to me wanted to see if I would be willing to move seats so their friends could sit by them. Well, their tickets just happened to be box seats! So, of course, I accepted their offer and, WOW, where my new seats incredible. I was basically sitting on top of the stage. I was so close that I’m almost positive I made eye contact with Andy Bell a couple times. I know my brother basically became best friends with one of the backup singers. I guess the sad part of getting older is some people can’t handle standing for an hour and a half straight. So while many others went through the battle of sitters and standers in the same section, I was in a box with no one behind me. So you’d better believe I was up and dancing the entire show. But that’s how it’s supposed to be at an Erasure show. Even some of the ushers were dancing in the aisles! In the past, they’d do a cool down song so people could sit and recover for the home stretch of the show. But not this time. Any song that was usually slow, was remixed to be a fast club style dance song. Which I absolutely loved. This was the perfect seat for me to see the show but also people watch as well. The only weird part about being in a box seat is everyone could look up and see me. I noticed times where people looking up at me dancing. So if you see any sweet new dance moves out there in the clubs, you know where they were ripped off from.

The best part about seeing Erasure in Salt Lake City is the unique diversity of the audience. For those that don’t know, Andy Bell (Lead Singer), is openly gay and has been throughout the existence of the band. So at all their shows, there will usually be a large turnout from the LGBT community. But, Mormons also really like Erasure. So it is interesting to see a crowd mixed together that normally might not be. I mean, in what other place are you going to see that formerly braided belted denim shirted 1992 BYU alum and his previously claw-haired wife dancing and singing in unison with a gay couple wearing leather pants and t-shirts from past Erasure tours? Only in Salt Lake City at an Erasure show. It’s great.

The setlist was put together perfectly. The show opened with a huge fan favorite “Oh’ Lamour”, and they were off from there. They spread three songs from their new album throughout the show, and the rest of the set was a perfect mix of hits, and some gems like “Star”, “You Surround Me”, and “Joan” that they haven’t played in at least fifteen years. I know that I’m going to get their best every time I see them. And I’ve seen them a lot!

You can count on Vince standing behind his synthesizers, laptop, and sometimes acoustic guitar very stone-faced but bobbing his head to the music, and enjoying the show in his way. And you can count on Andy dancing across the stage in his signature style, and in his signature flashy stage attire. This tour he decided on extremely tight and extremely shiny pants, coat with tails and a top hat. Once upon a time, there would be multiple costume changes, but we settled for one change this tour. What were once sequin speedos, are now sequin booty shorts with a black tank top, but the crowd roared just the same when Andy reemerged from the wings in his new getup.

I never grow tired of seeing Erasure live. They aren’t the type of band you can only see once. They are going to give you something fun and different on each tour. Tonight I felt as if I was in a dance club that had access to my iPod. If you like Erasure and have never seen them, I could not encourage you enough to see them the next time they come to town. You know I’ll be there!