Nostalgia is a beautiful thing.  Isn’t it?  And music is one of the biggest aids in taking us to that nostalgic place.  One song can race us back to a moment in time, to a specific memory.  A certain song or band will remind us of those glorious high school or college days.  Or perhaps we’ll be reminded of a first boyfriend or girlfriend.  And music of course, can make us nostalgic for those unrequited loves of our past.  For many, last night’s Dashboard Confessional with The All-American Rejects show was exactly that.  A nostalgic night of emotional memories and music.

The All-American Rejects took the stage just a few minutes after 7 PM. I felt a little bad for them because it was still about 100 degrees and the sun was still up.  Not usually the ideal conditions a band is looking for when they begin a show.  Lead singer, Tyson Ritter, even commented that the band were Vampires and weren’t used to playing in the daylight or in such heat.  Mentioning that usually, the sun is already going down by 7 PM.  The heat didn’t seem to bother their fans though.  As I looked around, sweaty smiles were huge, people were dancing, and people were singing along with the band as if it were 2004.

I suppose one of the benefits of performing in the daylight is the band can see their fans more clearly.  Throughout the show, Ritter spoke to sections of the audience as well as specific fans.  One, in particular, was a lady in the row in front of me.  She was dancing the entire time, and singing along to every single song. Tyson pointed her out, mentioning how into the show she was and how red her face had become due to the heat and exerting all of her energy into the show.  At one point Tyson even stepped into the audience during a song, dancing with fans, using one of their fans to cool himself off, and taking a  little boys hat for part of the song.  I’m a big fan of these moments.  I know that years from now, these people will still remember and share the story of when Tyson Ritter of The All-American Rejects danced with them.

The band played a condensed set consisting of all their hits, some fan favorites, and a new song called “Sweat”.  When it was clear that the set was almost over, I heard members of the audience yelling out variations of “Come back soon!”  For fans of The All-American Rejects the set was much too short.  But the band gave them a good show despite the light and the heat. 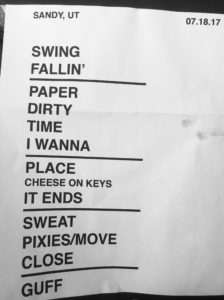 I’ve been going to concerts for years.  And with all the advancements in technology, with sound, or lighting design, one of the things I’ve been most impressed with is how fast they change from one band to another.  I remember this process taking forever when I was young!  The fact that they can get all of the equipment from the first band removed, move the next band’s gear into place, and have all the sound ready within twenty minutes blows me away.  Anyway, back to the bands… 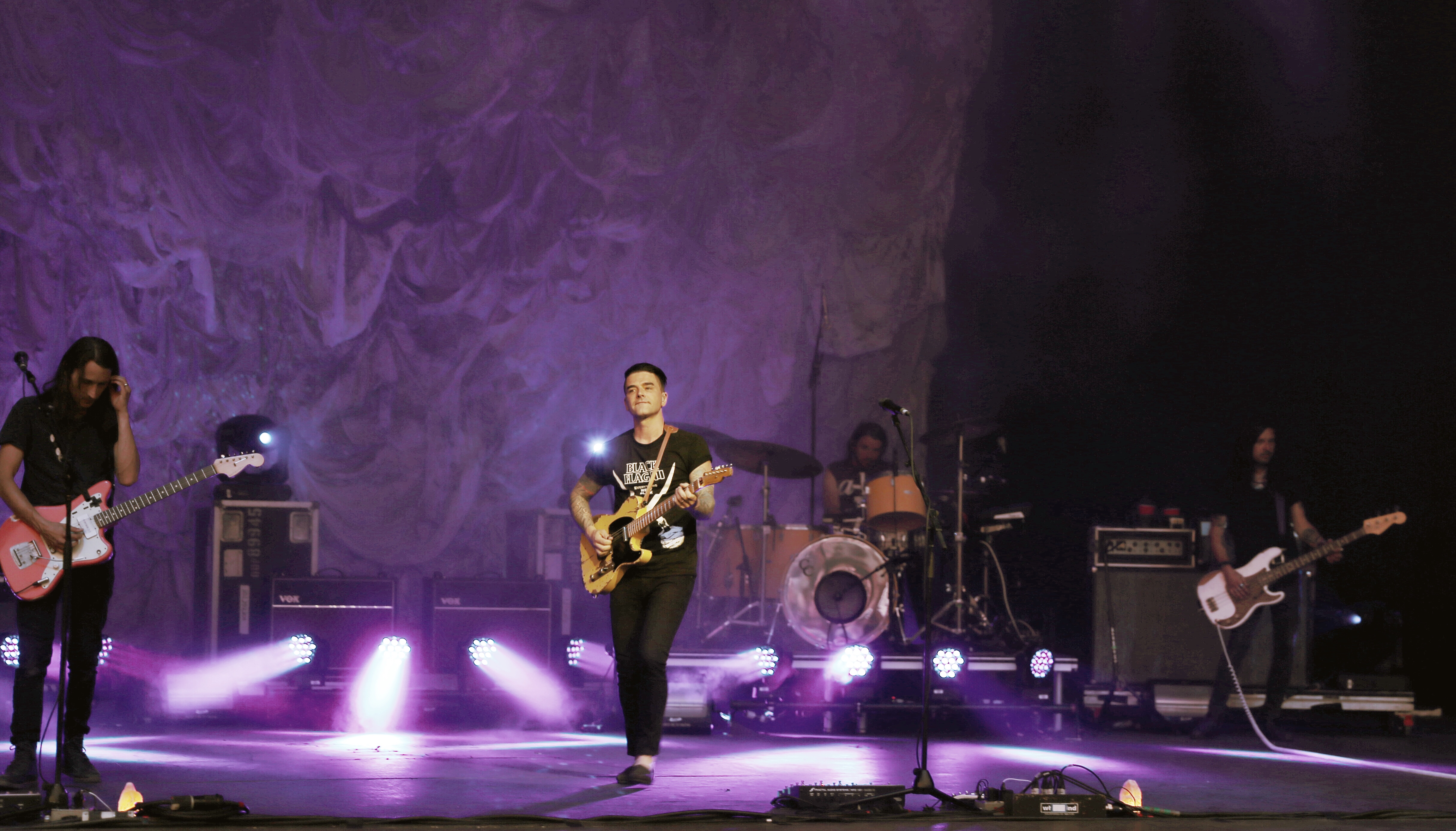 Something that I appreciate about a band like Dashboard Confessional is the dedication of their fans.  Dashboard doesn’t really have what I’d call “radio hits”.  But it just doesn’t matter to their fans.  As I looked around the venue, I saw women, and men singing lyric after lyric.  You know when you just love a song so much, and you sing along so passionately that your eyes close?  Well, there was a lot of closed eye singing at this concert.  It’s an easy indicator to just how happy these people were to be there singing along.

A personal highlight for me was when they followed through on a request from earlier in the day and covered “Today” from Smashing Pumpkins.  I enjoy when bands pay tribute to artists that have influenced them.  Plus, I really like that song.

While nostalgia seems to be a theme in this review, there were points in the show where Chris Carrabba shared some new songs set to be on Dashboard’s forthcoming album.  When he declared that he was done playing new stuff, people were shouting that they wanted more new songs!  How often do you hear that for a band that’s been around for 15 plus years?  Usually, people just want the songs they know.  It had to be a good feeling for Chris and the band to know that their new album is much anticipated.

Dashboard closed their main set with a huge fan favorite “Screaming Infidelities”.  Dashboard fans were singing the song so loud!  I could see that even after having sung this song hundreds of times, Chris really enjoyed the reaction of the crowd, even pulling back on his vocals so he could hear the audience sing. 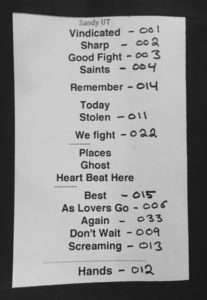 Dashboard returned and performed “Hands Down”.  The crowd recognized the song immediately.  They used any remaining energy they had to sing along.  As Dashboard, left the stage, the lights came up, and the audience returned to 2017 reflecting on the show they just saw, and the music that shaped them.