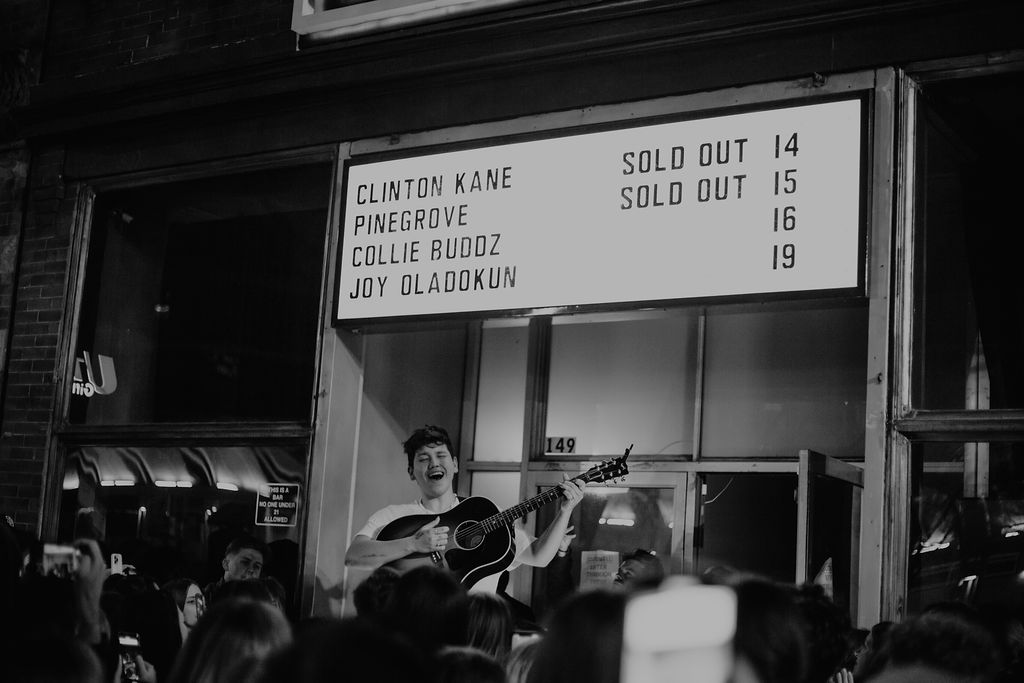 The Soundwell buzzed with excitement as I entered the doors Thursday night. The crowd gathered closer to the barricade at the front of the stage as Lexi Jayde introduced herself. I could feel the excitement of the fans as she began to explain the story of her music. She opened with her new single “Self Sabotage”. She really connected with members of the crowd who have recently gone through a breakup. Revving up the energy saying “You f**king got this! Whoever needed to hear that. I love you so much.”

The way that Lexi was able to relate to her fans was so incredibly authentic and real. She really pushed the message of finding yourself once again and letting go with her melancholy performance of “If I Really Love You”. Lexi asked everyone to put their flashlights up to this slow but beautiful message. She changes up the attitude by asking everyone if they’ve had any ex-loves show up in their lives practically begging to take them back. Lexi’s fans hollered in response, throwing their hands up as she began her single “I’d Hate to Be You”. Towards the end of the song, Lexi gave a big old bird to the crowd with her middle finger raised to which her fans responded.

The audience was able to join Lexi in her cover of Taylor Swift’s “Love Story”. The majority of the fans were around the same age as Lexi. So some in the audience couldn’t remember all of the lyrics to the song that’s now 13 years old. Lexi was attentive to her fans. She offered the words of the song at the moment where they needed it most.

Closing out the opening performance, the 19-year-old Lexi Jayde explained how all she ever wanted was that one “drunk text” from him. As a 27-year-old in the crowd, I screamed with excitement after she said “But I never got one and it’s okay, cuz I wrote a fucking killer song called “drunk text me”’ Resonating with the tone I got from her performance, which was a message to pick yourself back up after every fall to become the absolute best possible version of yourself.

Clinton Kane built up the anticipation in the Soundwell in between sets by teasing the crowd a little. After a few moments, Clinton’s voice came on the speakers. He said, “Uhhhh can I get a few pieces of Chicken Tendies..?” The crowd and I screamed at the top of our lungs as they knew what song was about to be performed. One would think a song titled “CHICKEN TENDIES” would be a lighthearted and fun song. The song has quite a deep meaning to those who really listen. Those who listen know that Clinton’s song can take on a lot of different types and stages of grief. Whether that be the death of a loved one, physically or emotionally, or healing from religious trauma.

He introduced himself and said, “ Some will be sad songs and others will also be f**king sad songs”. To which his fans went WILD over. Rightfully so, as anyone could hear and see the way Clinton channels his darkness through songwriting, singing, and overall incredible talent. And yet he somehow turns his grief and pain into a beautiful masterpiece of himself through songwriting. “I hope he treats you better than I ever could, ‘cause you deserve the world times two, and a simple Sunday afternoon.”  is just one set of his stand-out lyrics that resonates with so many.

Clinton Kane proved to the crowd at the Soundwell just how incredibly resilient he is. Giving a gut-wrenching, neck vein popping performance after having some technical issues in his single “i don’t want to watch the world end with someone else”. He connected with his fans at the end of the song, having everyone echo after him.  After such an emotional and raw performance on the stage of the Soundwell, and his very first performance in Utah, Clinton announced that he would be doing a few more songs outside for his loyal fans that stuck around for a while.

The majority of the crowd left the Soundwell after his set, weeding out the people who didn’t show up for him in the ways that he is so present for his fans. A smaller group of fans waited patiently outside in the windy temperatures of Salt Lake City. Talking and sharing life experiences.  After about an hour and a couple distractions from Benson Boone, Clinton finally emerged from his tour bus and took his stance on a pedestal in front of the Soundwell. There was a crowd of about 50-60 people. He sang some of his most unforgettable lyrics, as well as some new material stripped down with just his vocals and his acoustic guitar. This late-night sidewalk performance was one of the most intimate and beautiful moments I’ve had the pleasure of being a part of. The words tattooed on his arm resonated with me. “No matter what”.

Lexi Jayde and Clinton Kane made an amazing impression on the state of Utah and their ability to show up for their fans who resonate so deeply with their messages of self-love and growth.