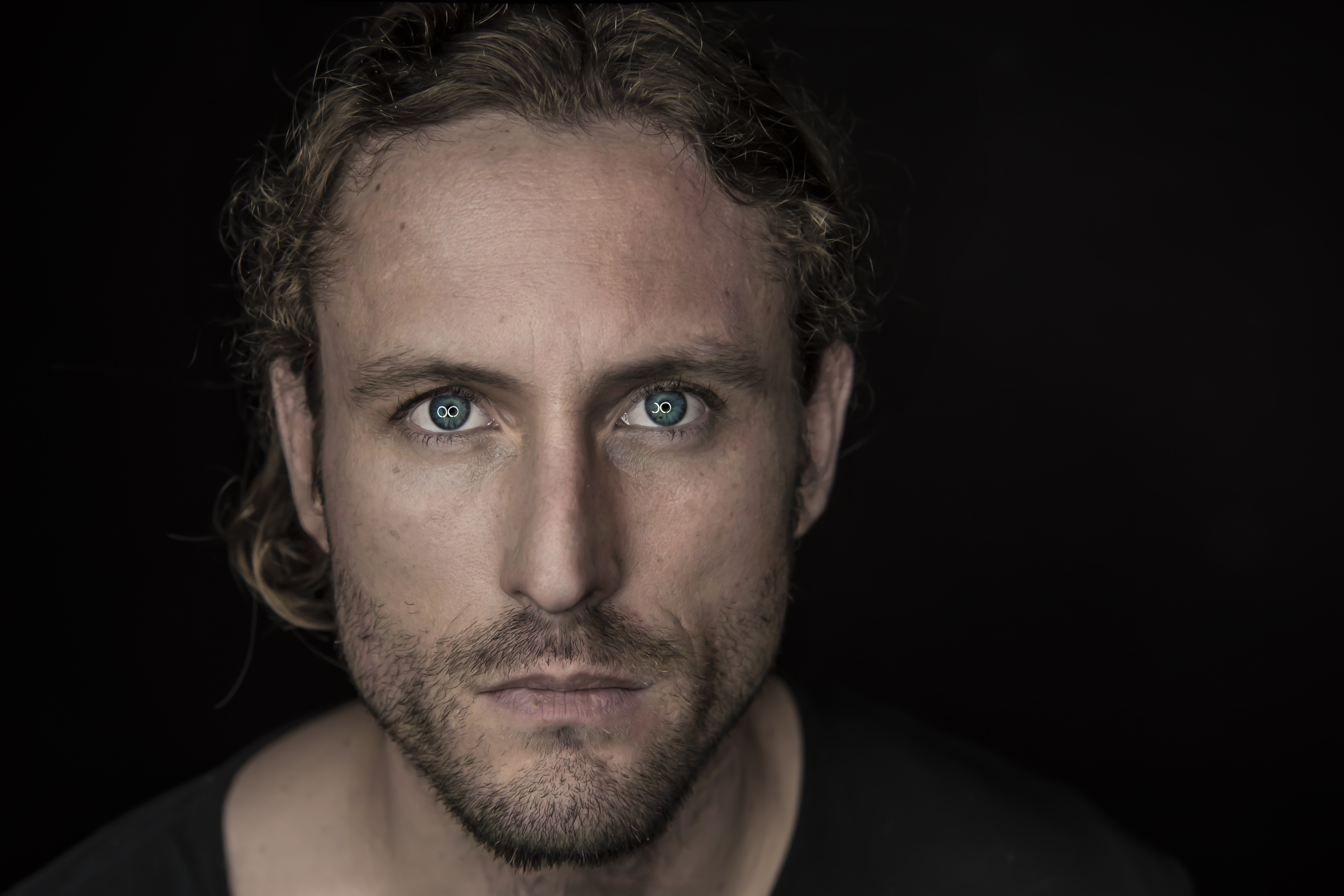 Kevin Rolfe (Editor in Chief):
You have a lot of exciting things going on right now. But first, let’s rewind a little. When did you first begin writing songs and why?

Cary Judd:
I don’t think I ever really completed a song on my own till I was 16-17, but I wrote with bands I was in in high school as a guitarist and occasionally lyricist, though I was terrified to sing in front of anyone. I have vague memories of melodies and lyrics I would string together when I was 5 or 6 years old, though.

I think hearing “Sunday Bloody Sunday” caused some sort of neural connection, however old I was when that came out, that really made me start to think about writing.

KR:
Do you remember your first time singing in front of an audience?

CJ:
Yeah, it was at a coffee shop with my band Moz Eizley. We were a trio at the time and I had been writing a lot of songs. Our plan was to find an actual singer to be the singer. My endearingly spaced-out drummer decided to book us a show before that happened. I had been singing in practices so I was the default singer.

KR:
Those familiar with your music know you primarily as a solo artist. How would you describe The Vacationist? How is it different from your solo work?

CJ:
I would say it’s an extension of my solo work. I’m at the center of the songwriting, or at least the lyrics.

I think after a certain amount of time though you become bored with yourself and you have to rattle your own cage. After the first three albums, I started drifting towards pleasing people rather than making music I would actually listen too (i.e. the Trillions EP) and I very quickly found that I wasn’t really pleasing anyone.

I had bounced ideas off myself for about 10 years and was ready to bounce ideas off of someone who knew and understood things differently than me. I wanted to put as much into every note and sound wave as I had always put into lyrics and amplify the live presentation as well as create a visual experience.

KR:
Tell me about the other members of The Vacationist, Conor, and Sunnie. What is their contribution to the band?

CJ:
The dynamic of the band is something like this. I write and demo new songs whenever I’m at the studio and have free time. I show them to Conor and Sunnie and know immediately by their reactions if they’re making the cut. Conor comes in and does a lot with sound design as well as arranging and rearranging my initial demos. He also comes in with pieces of music that are laid out into verses, choruses, or other sections and plays them for me. I’ll get excited about certain pieces and start maniacally typing lyrics in reaction to his compositions. Then of course, there’s the other way I described above. The two of us get on the desk and start what is essentially a modern sound design/producer’s jam session.

I’ve learned so much in my collaborations with Conor. There are a lot of points on the new record where I designed sounds and played parts that were based on things he had taught me, or me asking myself, “what would Conor do here?”.

I need to learn new things to keep it fresh and collaborating with someone like him who understands sound waves on an elemental level blew the creative doors wide open again.

The sonic magic happens when the two of us are in a room together. The sonic landscape is the dividing point between “Cary Judd” and The Vacationist. It really doesn’t matter who plays what or designs a certain sound because I think there’s a certain respect between the two of us that we have faith in the other to fill in any blanks.

Several of the songs I had written and demoed out on my own and then when Conor and I had time together, he put the last few pieces in the puzzle.

A few of the songs, we created in a very stream of conscious way where we were both at the desk, one of us turning knobs to dial in a sound while the other was searching for a melody, then I go and sit behind him on the couch filling pages with words. The opening track, “The Sound”, to me is the quintessential Vacationist song in that it was created this way.

Introducing Sunnie’s input makes for a really cool wildcard. Her main function is to produce the live show with light design, but she was present in a lot of the sessions and though she’s not a veteran musician, she would find these little melodic movements that had this really cool naivety to them which to me is another theme of The Vacationist, finding wonder in a sound or line of words the way I did when I was a little kid and wanted so badly to understand what a song was “about”.

I think there are moments where some people think of it as, “Conor’s band” or as “Sunnie’s band”, depending on how they came to discover us. But when we perform live, I don’t think anyone in the room thinks of it as anything other than “a band”.

KR:
What can someone expect from one of The Vacationist’s live shows?

CJ:
My hope is that they will expect to be in some way amused, surprised, and changed. With the first album and on into the new album, there’s a certain air of innocent thinking. A lot of the message in the music is a sort of joyful view of the world that I hope will untangle the complexities that we as humans weave into a giant mess over the course of our lives.

It’s not some hippie-new-age rant, but more of a spirit of zooming out and looking at our world and existence with awe of what we know and wonder for what we don’t. Like a magic show might be for a young child.

KR:
I’m a huge fan of Electronics and Technology in music. However, there are those out there that claim that Electronic music is not really music. TVAC uses quite a bit of both. What do you have to say in regards to the use of technology in your music?

CJ:
I don’t think the role technology plays in this band can be overstated. I know it’s common for some people to think of technology as a “cheat”.

The Beatles took criticism for multitrack recording. They weren’t all in the same room playing their songs at the same time, but rather overdubbing and layering piece by piece.

This is now the standard.

Then in the last 20 years, you hear people that don’t really know what they’re talking about, criticize synthetic instruments or “auto tuning”. These are tools to create new layers in my opinion. For me, and I’ve talked at length with Conor and Sunnie about this, if it’s a sound, it’s music.

So much of what we do is definitely dependent on the technology we have access to. I don’t have the slightest bit of remorse or shame in saying that. I have made a lot of samples we use in TVAC by recording sounds I hear when I’m out & about with my iPhone. Conor and I have even set blocks of “recording time” aside to walk around with microphones or handheld recorders, just looking for a literal pattern in the chaos that we can manipulate and make a sound we’ve never heard. A lot of the synths we make from vocal samples of the three of us talking, humming, screaming etc and I think that gives us our sound.

I don’t think people realize that technology is the one thing that makes us human. To interpret our world around us, scramble it into something new, and then simulate a future in our imaginations is its own miracle.

Imagine if Mozart was born before the invention of the instruments he composed on and for, what amazing and wonderful things would humanity have never seen?
I guarantee you if he were alive now, he’d be composing on a seaboard surrounded by computers and modern instruments.

Human’s cheated the first time a cave man figured out he could eat better if he sharpened a rock and put it on the end of a stick he could hunt with. Imagine the first tribe that actually cooked the meat they hunted by making a spark and starting a fire, huge cheaters.

Technology is the most human thing we possess.

KR:
You’re about to release your 2nd album “Prime Colours/ Bright Numbers”. When do we get to hear it and what can you tell us about it?

KR:
So you’re not only in TVAC, you’re also running your own studio. I want to call it a recording studio, but it’s much more than that. Isn’t it?

CJ:
Anymore it’s a multimedia studio. We aren’t experts in everything, but we are fanatically curious, so we’re learning new ways to manipulate sight/sound/photography/video every day. We’ve all worked together on photo and video projects on our own and together and have learned a lot. We have at least 4 music videos in the works to coincide with songs on the new album, possibly more.

KR:
It is unknown to many outside the region, that there is a really strong music scene here along the Rocky Mountains. Why do you think that is?

CJ:
The part of the Rockies I’m familiar with is mostly Boise and Utah. I would attribute the growing scene in Boise to Eric Guilbert of Finn Riggins. He started up Treefort four or five years ago and I think that’s been the seedling that’s grown into a bustling scene here. As for Utah, I think Corry Fox, his venue, The Velour as well as events that have spun off from there. Both those guys are incredibly talented. In both cases you have an individual who saw a lack, set a goal and started taking steps that grew into amazing scenes in both places.

In Boise, there’s been a great scene for a long time. When I was living in Wyoming and would come through while on tour I always felt very welcomed, which is part of why I ended up here. Back then I was an outsider, so it’s hard to say where it was pre-Treefort (Music Festival in Boise), but every year Treefort seems to get better. I’m sure there was a learning curve the first year or two, but as a musician and observer, it seems to have this really beautiful combination of bringing in outside/national talent and weaving the local artists into the fabric of the festival. It’s exposed a lot of locals to great artists that live here.

My favorite thing that I’ve heard every time I’ve played Treefort in different bands is, “what, you guys are from Boise? I had no idea!”.

KR:
You have some very devoted fans in this state. Can the great people of Utah expect to see TVAC performing here live soon?

CJ:
Yes, we will come down to do a show when the album comes out. Utah Valley, specifically Velour has been my default home venue even though I’ve never lived there. I wouldn’t miss the chance to play these songs for the amazing people that have supported me for so long!

To hear music, see videos, and to receive updates on The Vacationist tour dates as well as the release of “Prime Colours/ Bright Numbers”, click here!