I have had a few opportunities to see a member of a popular band go out on his/her own and do a solo show or two. Of course the crowd is excited to see them, and they are even more excited when they sing some songs from the band we know them from. Well, things were a little different Monday evening when I saw Brandon Flowers, lead singer of The Killers, on his tour promoting his latest solo album, “The Desired Effect”.

First of all, this concert was originally meant to take place at The Depot, a venue that holds about 1,200 people. That show sold out really fast so they moved the concert to The Complex into the Rockwell room that holds about 2,500 to 3,000 people. This move afforded me the opportunity to attend this show. Some good friends of mine were able to grab the last 3 tickets before this show was once again sold out. I love The Killers, and I do really enjoy Brandon Flowers solo stuff, so I was truly grateful to be gifted their third ticket. 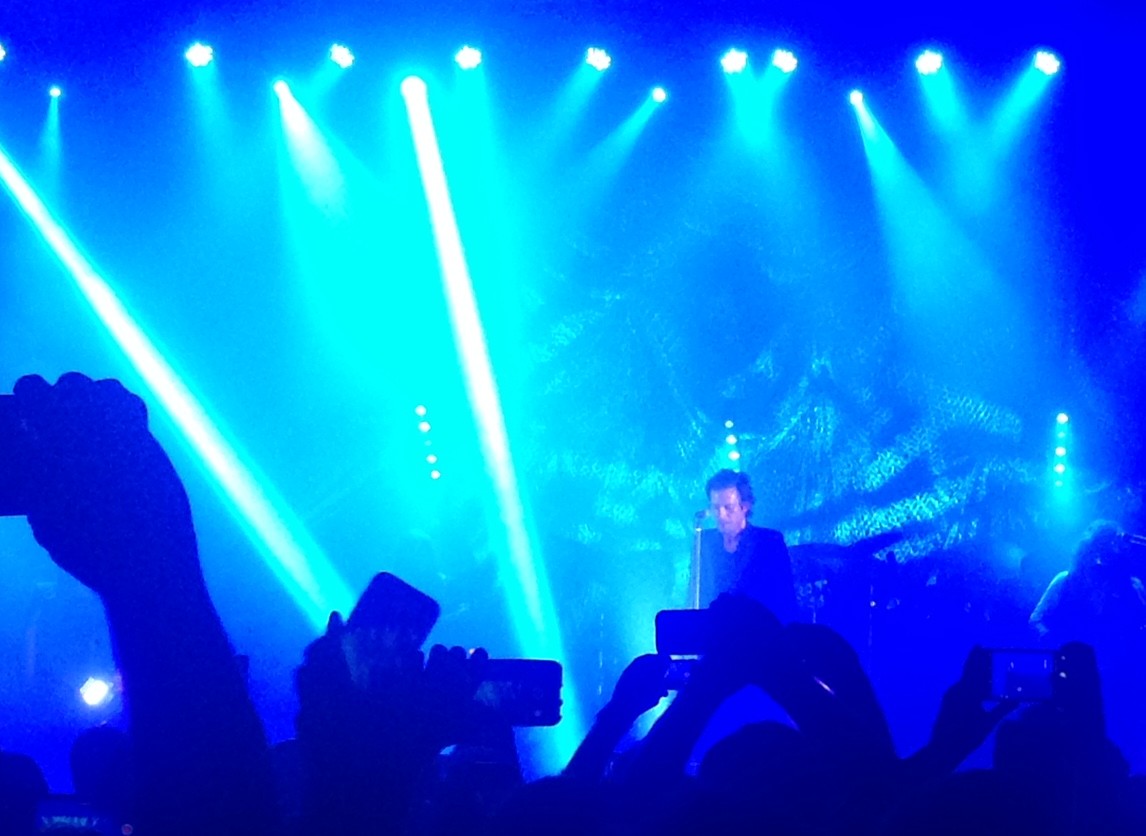 Brandon Flowers appeared right at 9 PM. He made his appearance from the back of the venue, on what seemed to be a platform next to the sound board. The crowd was going crazy, especially people close to him, knowing this is the closest they’d be to him all night. But when he ran to the stage the entire audience went wild. About three or four songs into the set I realized this wasn’t a typical “lead singer, doing a solo show, and people will sit through the solo stuff to get to hear some songs from the band that made him big” show. As I looked around the majority of the audience were singing each and every word of the songs from Brandon Flowers solo stuff. And I mean singing them out as if they were huge Killers hits. They could go crazy when they heard the first chord of the song, or if he said the title of the song. I even commented to my buddy about it. It really was something I’d never seen. Now don’t get me wrong, I really like this new solo record, and I know a lot of the words. A lot of the words, not all the words to where I could sing them out all night long. I think that is a huge tribute to Brandon Flowers song writing ability, and the devotion of his fans.

The things that stood out to me and my friends the most was the sound, the lighting of this concert, and Brandon himself. I believe I’ve mentioned before that The Complex is essentially just a huge warehouse with a stage and a bar in the back, therefore making it a concert venue. But what I really appreciate is that although it is not going to go down in history as the most charming of venues, they have done a great job making sure the sound is excellent in there. I have never been to a show at The Complex where the sound was bad, and this show was no exception.

The lighting of this show was one of my all time favorites. It seemed as if the lights had purpose, almost as if they were telling the story of the concert. I’m not sure who the lighting designer is for this tour, but I tip my hat. (PS, I’m not really wearing a hat right now. But I still did the tip hat motion, so it counts.) I just absolutely loved the lighting of this show! Each song was filled with it’s own amazing light show. Well done.

And of course Brandon himself. He did an exceptional job with the flow of his setlist. I believe he did five songs from The Killers catalogue. But the cool part is he did an altered take on each song. The Killers song “Human”, was really the only one that sounded close to original version.

It gave him a chance to flex his creative muscles, while giving the crowd a taste of some of the songs they’ve grown to love, while also keeping the original versions to be played where they belong, with The Killers. He seemed really happy to be playing in Salt Lake City. It was sort of a homecoming show for him, having spent some of his childhood growing up in Utah County. It seemed as if he knew people there, or just knew that the crowd was going to give him something special, so he returned it with a brilliant performance. It is clear that he has worked on his vocals over the years, because he sounded great live. Whether he has taken lessons over the years, or he can just hear himself better in the monitors, he has really improved his live singing, and it was a thrill for me to hear just how strong his vocals are. Despite having a solid 6 piece band and 2 back up singers, the attention was of course all on Brandon, and he did not disappoint. He told stories, and interacted with the crowd in a way that I have never seen him do before. 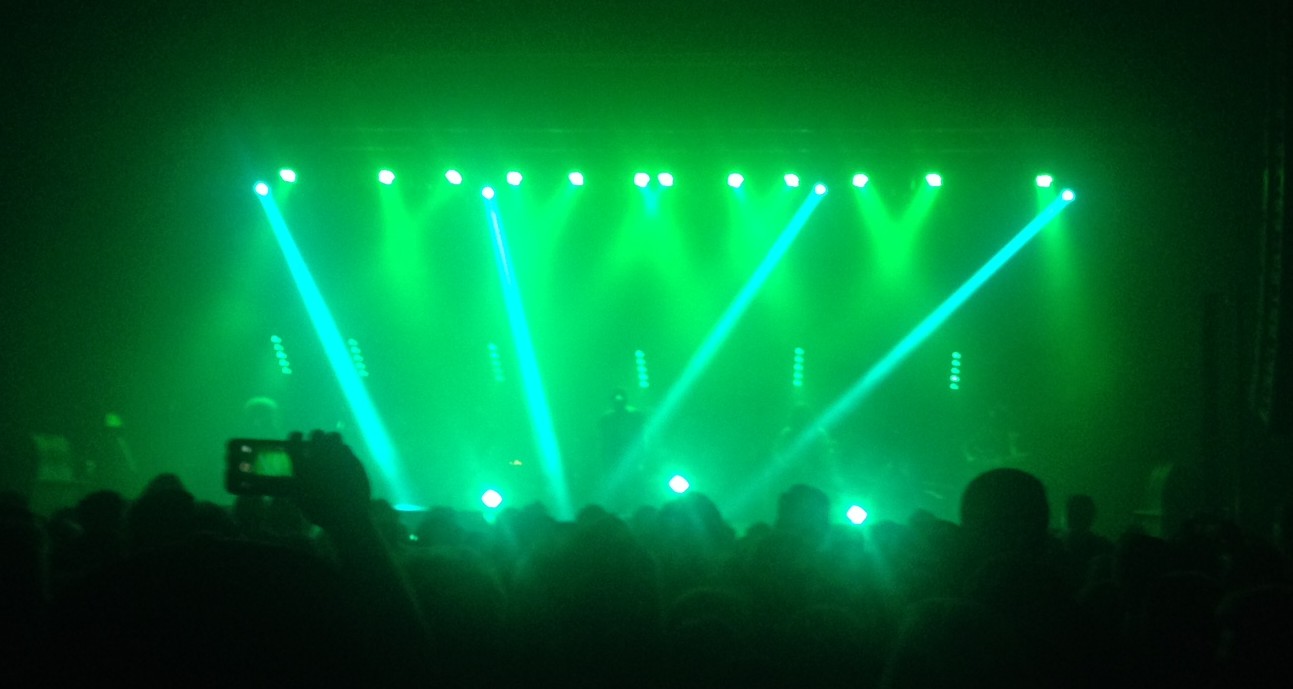 While I’m looking forward to a new Killers album, and hopefully a tour, this was more than just a show to tide me over until then. This was its own thing. Its own event. Its own experience. I was initially hesitant to see Brandon Flowers without the rest of The Killers, but one thing I learned Monday night was that I’m not only a Brandon Flowers of The Killers fan, but I’m a Brandon Flowers solo fan, and I’ll see his solo shows anytime. They are not to be missed.

Encore:
Between Me and You
Still Want You
Only the Young