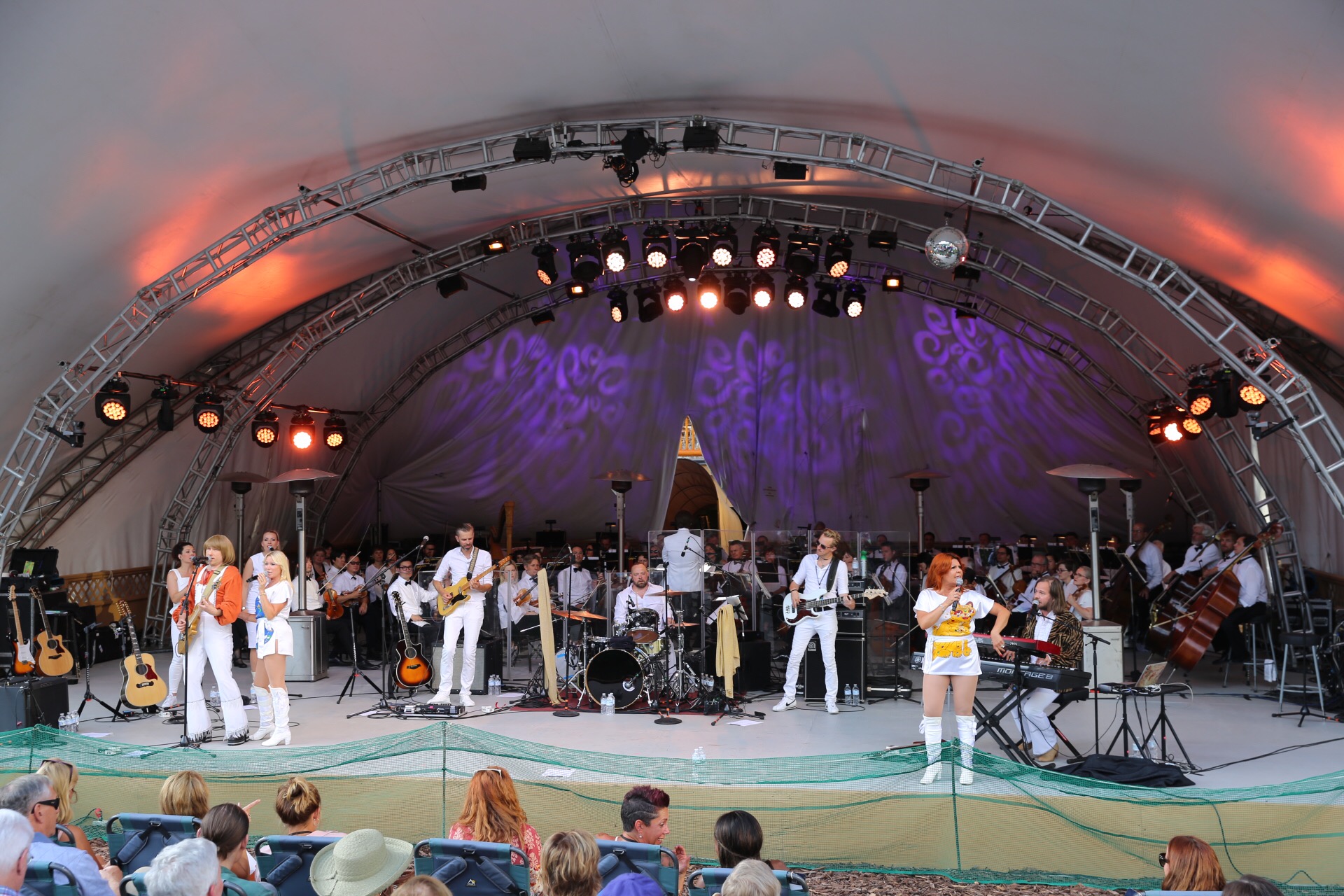 It’s hard to believe, but July 13, 2018, was the first time I have ever attended a concert at the Snow Park Outdoor Amphitheater in Deer Valley.  I’ve always heard great things, but for one reason or another, I had never had the opportunity. I was excited that my first experience attending this venue would be as a witness to one of the acclaimed Deer Park Music Festival concerts featuring the Utah Symphony.  On this particular evening, the Symphony would join forces with tribute band Waterloo to play the unforgettable music of ABBA. This would be a Friday the 13th not soon forgotten.

The atmosphere at Snow Park Outdoor is very friendly.  Many patrons arrive early to picnic and visit with friends and other concert-goers before the show starts.  The temperatures at Deer Valley are significantly lower than in Salt Lake City so I’d imagine many in attendance were eager to get to the venue early to enjoy the cooler air.  I enjoyed looking around at the various dishes prepared and the creative devices people used for tables, coolers, and chairs.

The concert began promptly at 7:30 PM.  The orchestra had tuned and when Waterloo walked out, everyone was ready to go.  The show opened up with the huge ABBA hit “Take a Chance on Me”. I was immediately impressed with Waterloo.  Their voices were perfect and their harmonies were right in step with the ABBA sound. It blows my mind when a tribute band can resemble the real band so well.  Yes they have the hair, and yes they have the costumes, but it takes so much more than that. I’ve seen tribute bands and they have the look of the band, but their sound isn’t even close.  Waterloo was spot on. That’s not an easy thing to do.

The Utah Symphony never lets me down.  They sounded amazing as always. I think they are one of the most underrated symphony orchestras in the nation.  I really appreciate the variety of their performances. I’ve seen them play the score to great films live, as the movie plays overhead, I’ve seen them play with the greatest vocalists in the world, and there I was seeing them pay tribute to one of the most iconic bands of all time.  It’s versatility like this that makes them one of my favorite concerts to attend, no matter what the theme. You’re guaranteed to be entertained. My only issue with their performance on this night was there were times I couldn’t hear them enough. I don’t know if it was the mix, or if Waterloo was just louder, or if maybe I’m just going dear, but I couldn’t hear the orchestra a few times and it was disappointing.

When the show first started the audience seemed quite subdued. The music was great, and spirits were high, but the crowd was so quiet. Then all of a sudden things changed.  I’m not sure if the temperature dropped, the sun went down, or maybe the wine simply kicked in but about 45 minutes into the show the energy of the crowd was totally elevated.  People started to get up and dance, sing along the way I had anticipated them doing the entire evening. Better late than never I suppose. The enthusiasm of the crowd remained for the rest of the concert.

One of the highlights of the show was when Roger Palm, a drummer who played on many of ABBA’s hit recordings took the stage with the Utah Symphony and Waterloo.  He moved from drums to tambourine through a number of songs. It was just really cool to see someone who had taken part in the ABBA magic up there on stage. The crowd seemed really happy to have him there.  It was an unexpected pleasant surprise.

Of course, the pinnacle moment of the evening was “Dancing Queen”.  It felt like it was 1976. ABBA fans of all ages were totally lost in the song and just dancing their hearts out.  There was even a kick line of about 20 people up on the lawn. It must have looked amazing from the stage to see so many people having so much fun. 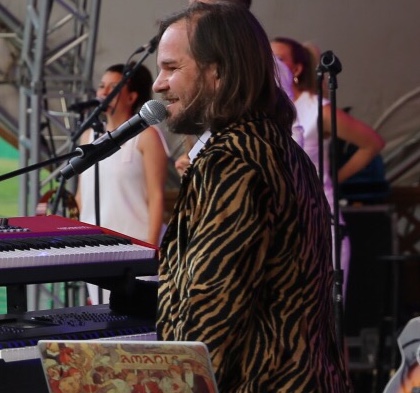 It was a perfect evening for fun music, great musical talent, and beautiful weather.  I’m not sure if the Utah Symphony was aware when they put this show together, but their timing could not have been more perfect.  If you’re an ABBA fan you’re well aware that there is a sequel to the 2007 movie musical Mamma Mia, which consists of ABBA’s greatest hits.  Mamma Mia, Here We Go Again, comes out one week after this concert.  So after this show, the ABBA pump has been primed!

If you’ve never been to the Deer Valley Music Festival do yourself a favor and get up there to see the summer home of the Utah Symphony.  I can’t believe it took me this long to take in a show there. I’m really hoping to be at every show possible from here on out.