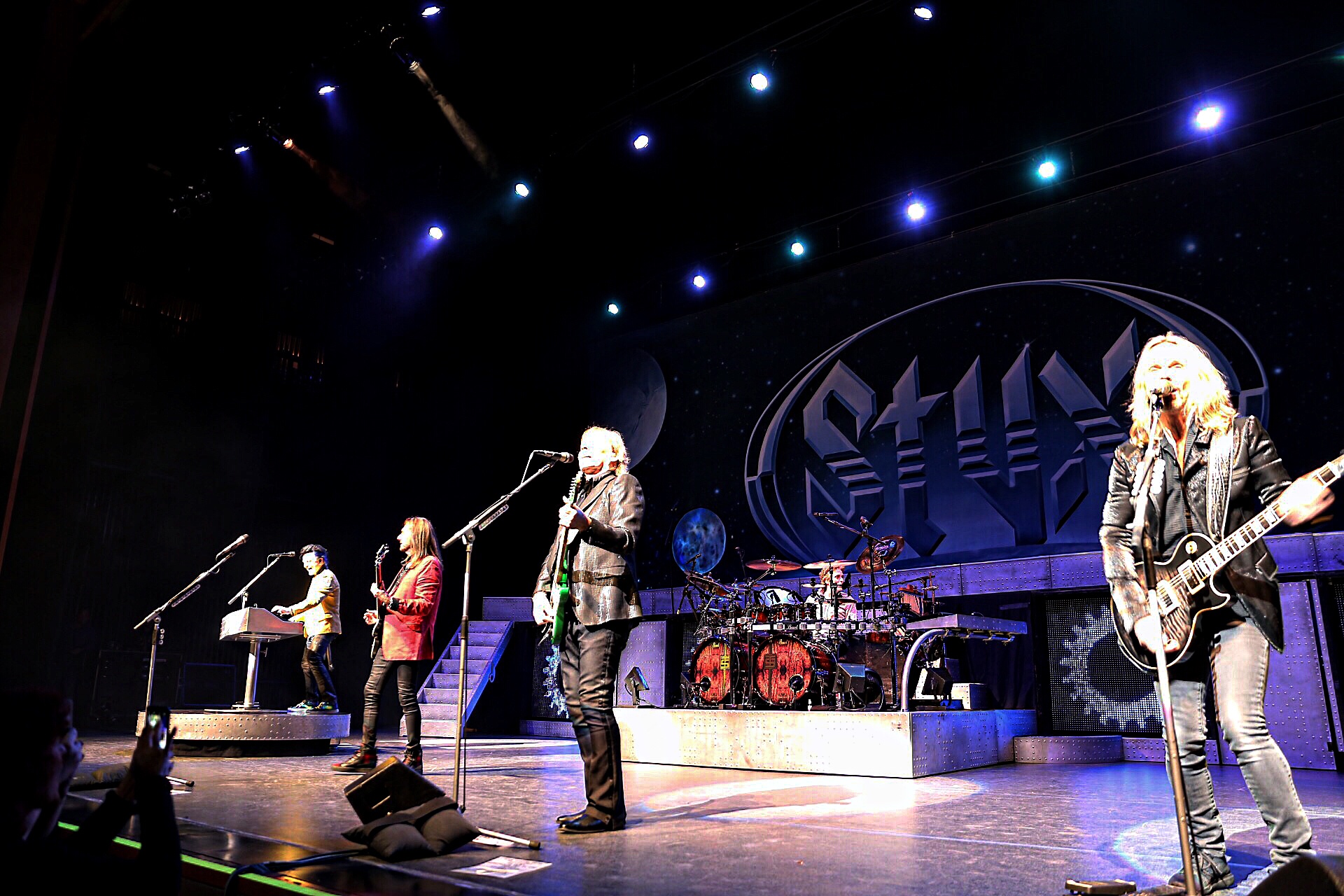 For the last several years, whenever Styx visited Utah, it’s usually part of a package deal. They’ve co-headlined several tours out at USANA Amphitheater with the likes of REO Speedwagon, Def Leppard, and Foreigner. And while these concerts have been exciting and full of great songs from two or more hitmaking bands, it was really nice to be in the beautiful Eccles Theater to see Styx by themselves for two-plus hours. No opener, no co-headliner, just Styx.

I have seen musicals, Christmas concerts, and even the opening Gala at Eccles Theater, but this was my first time seeing a proper rock concert at this venue. I’ve been curious to have this experience and Eccles theater did not disappoint. It’s the perfect venue for a rock show. There’s not a bad seat in the house, and the acoustics were fantastic. I go to so many shows that I always wear earplugs, but I’ll usually test out the real sound midway through the show to see what it really sounds like. I took my plugs out and never put them back in.  It was perfect in there. 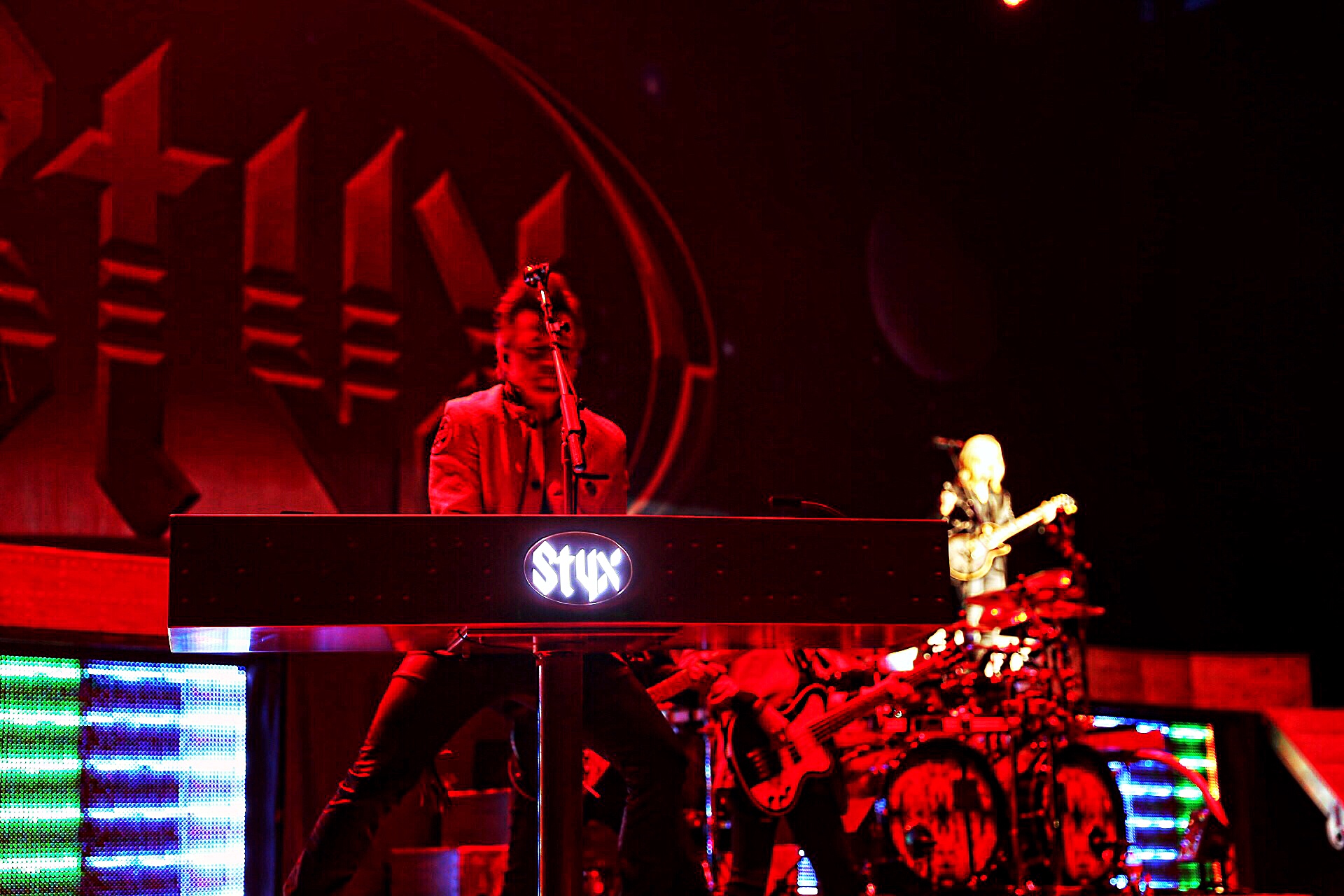 Styx has been around for over forty years.  I thought they did a good job of covering the highlights of their lengthy career. This is one of those concerts where throughout the course of the show you’re reminded of just how many hit songs they’ve created. They’re promoting their newest album The Mission. Whenever they did a song from that album they would bring down a different backdrop resembling the album cover. Unfortunately, this was usually the time where the audience would take their seats. It seems even the most dedicated of fans are not always thrilled to hear new songs from a classic rock band. I will say this though, the songs fit right in with the show, and whenever Styx finished performing these songs the audience, although sitting, responded with generous applause. I would say that many times the volume of these cheers matched the applause of many other songs besides the biggest hits.

Styx shared lead vocals between keyboardist Lawrence Gowan, Guitarist Tommy Shaw, and Guitarist James “JY” Young. I have to say that the standout vocalist was easily Tommy Shaw. How often have you gone to see a classic rock band and the vocalist just doesn’t have it anymore? You’re so excited to hear the songs that you just kind of look past the fact that the lead singer has lost a step. Such is not the case with Shaw. Not only did he hit all the top notes in songs like, “Crystal Ball”, “Blue Collar Man”, and “Renegade”, but it appeared to me that he was singing all the high harmonies on the other songs. I was blown away, and I could tell the rest of the audience was extremely impressed as well.

James Young shared his appreciation for the state of Utah mentioning that they were one of the first places to embraced Styx and their music. He said their albums caught on here before they did in New York City or Los Angeles. The crowd, many of them Styx fans from the beginning went nuts upon hearing this.

Styx took a twenty-minute intermission during the show. This gave me an opportunity to listen to the audience reaction to the show and even talk to a long time Styx fan. The overall feeling was how impressed they were with Eccles Theater, and how much they loved this band.  The man I spoke with saw them back in 1983 and expressed that they sounded as good as they ever did.

Now the elephant in the room at any Styx show is the fact that they have a co-founding member and songwriter of many of these songs not with them.  Of course, I’m speaking of Dennis DeYoung.  Having severed ties over 15 years ago, it’s still a little weird not having him there. I would imagine that the rest of the band knows that this is the thought of many of their fans. I do have to say that Lawrence Gowan brings an energy and performance style to the band and these shows that we wouldn’t see otherwise. He has certainly earned his place in this band and I think the concerts are benefited by his talent and showmanship.

Speaking of co-founders, it was great to see founding bassist Chuck Panozzo make an appearance on stage for a few songs. As I understand it, he no longer tours with the band, but he’ll make the occasional visit to the band, and when he does, he takes the stage. So it was pretty exciting when he walked out.

Todd Sucherman has been the Styx drummer for the past 20 years and in my opinion, he’s worth the price of admission alone. He’s one of the premier rock drummers today, and I think he gives Styx the added punch that keeps them sounding fresh and exciting in their fifth decade as a band. 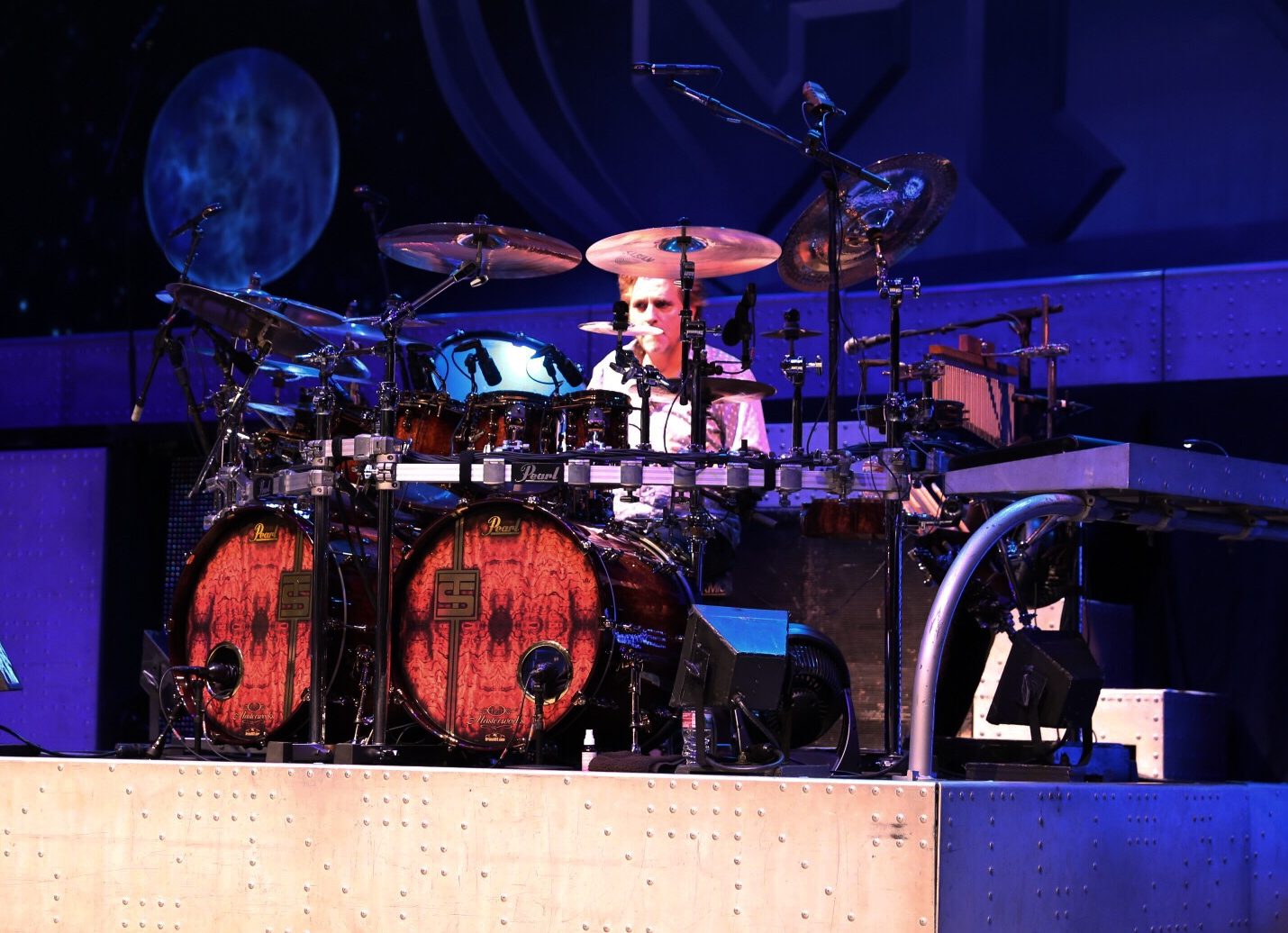 The set ended with the ultimate sing-along “Come Sail Away” which began with Gowan singing an excerpt of Queen’s “Bohemian Rhapsody”. The band left and returned to sing ‘Rockin’ the Paradise”, and of course “Renegade”.

Like I said, it was great to see Styx by themselves. I felt like they were able to really settle in and give us the type of show they’re known for.  No need to rush to get the next band on, no time curfew, just a two-hour high energy Styx show that kept the audience singing hit after hit from start to finish. 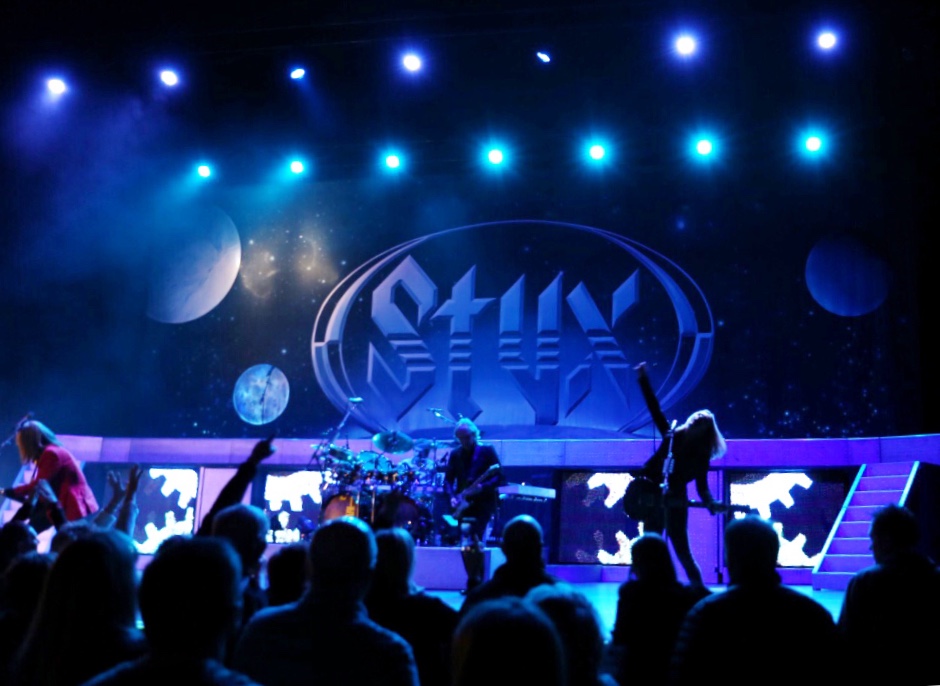