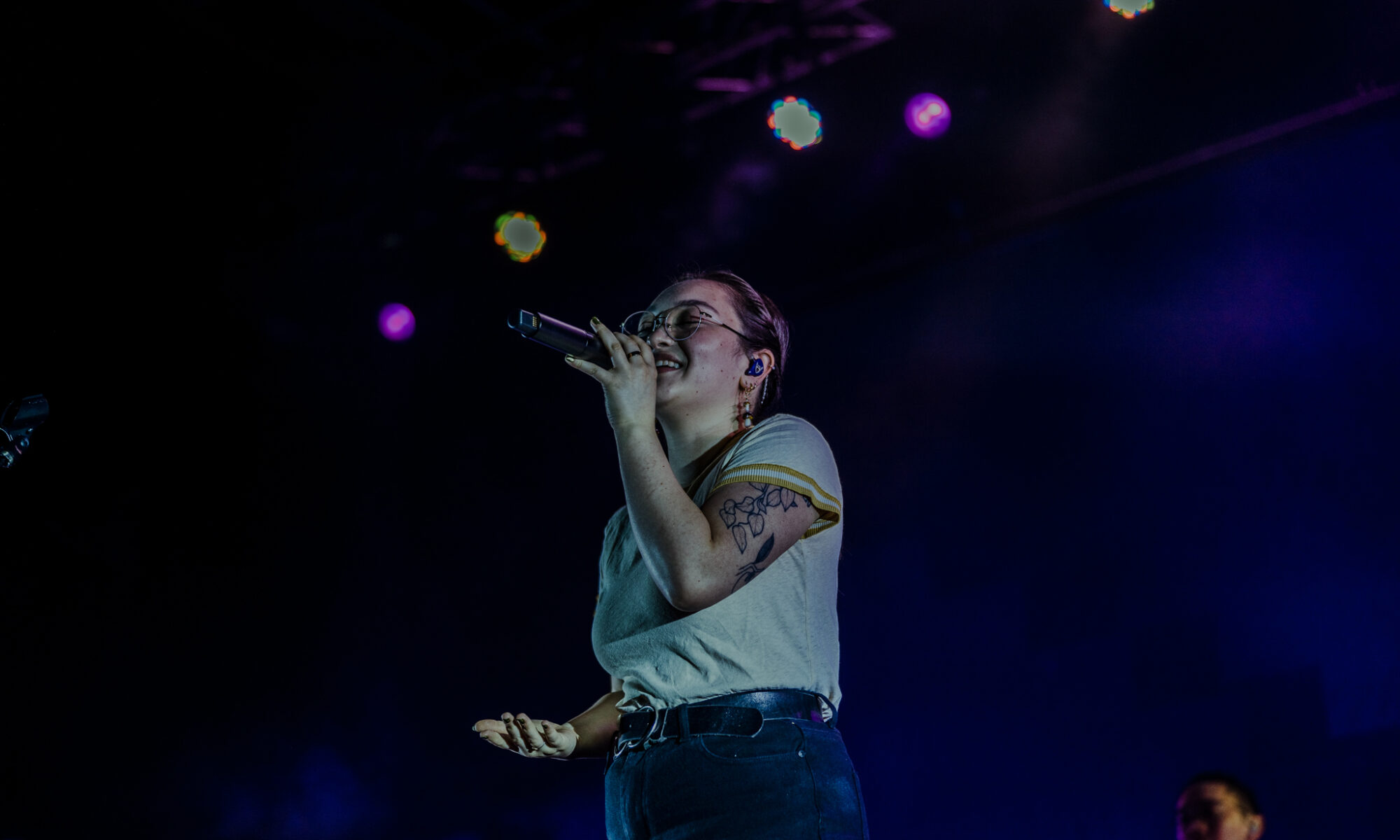 Reviewed and photographed by Tomo Crestani

On Wednesday, May 11th, The Complex was able to host Maia, known professionally as mxmtoon. With her “Rising Tour” in full motion, Maia was able to sell out the Salt Lake City venue and draw a very decent crowd. Gaining a lot of her fanbase from YouTube, she was able to also share some of the spotlight with upcoming artist Chloe Moriondo. Chloe also has gained traction in the music industry through YouTube. It is really interesting to see such strong fanbases coming from posting covers and low-budget videos on the internet.

The Complex as always facilitated the artists perfectly. They always have exceptional quality in sound, lighting, and customer service while attending an event. The combination of Mxmtoon’s team and The Complex staff was an amazing experience to watch. They helped the show flow seamlessly and quickly. I was very impressed with the communication between the two teams.

As I entered the venue, I noticed the diversity in the people attending. There was a good spread of age groups, as well as general backgrounds. I loved seeing people who you typically wouldn’t put together, talking and enjoying the live music together. It didn’t matter what you looked like or where you come from. The people were very friendly to each other. It seems to be a message that both artists wanted to push through. I respected the way they were able to make sure the concert was a safe place for many people who may have felt like misfits or outcasts.

Chloe Moriondo was the opener. Unfortunately, I was 15 minutes late to her set due to an accident near the venue. I was able to catch about 30 minutes of her performance. From what I was able to listen to, I was very impressed with the engagement Chloe was able to achieve. Although it was clear most of the crowd didn’t know all the lyrics to her music, she was still able to entertain and involve the crowd in every song. She has an energy on stage that so clearly represents a child like playfulness. She was jumping and dancing with such excitement and happiness on her face.

It was refreshing to see such a young artist having so much fun on stage. Chloe also played an unreleased song to end her set. It was my favorite song she performed. It was unlike her other music and was clearly switching into more of a pop direction. I was very impressed with her overall performance, and wish I could have caught the beginning few songs.

After waiting about 35 minutes, Maia (mxmtoon) came onto the stage. As she walked onto the stage, there was an overwhelming amount of screaming. Although cheering is very typical for most concerts when the artist comes onto the stage, this one seemed louder and longer lasting than others I have heard. Maia was clearly shocked at the response as she laughed her way through a few of the first lines in her opening song “Falling for U”.

Once her first song ended, Maia was able to address the crowd and welcome herself back to Salt Lake City. She had performed here in 2019 and explained how happy she was to finally be back. She sympathized with the crowd as she discussed the shutdown of live music due to COVID. It was a fun environment to be in when she helped the crowd be in the moment of concerts finally becoming a normal situation again.

mxmtoon introduced an unreleased track called “Frown”. This is a track that I wish was released. I thoroughly enjoyed the entire song. She jumped and smiled through the entire chorus, which is ironic with a song that is telling you “it is okay to frown”. Although the lyrics seem a little sad in some moments, it was clearly a song that is written to help people who suffer from mental health issues. I am definitely looking forward to seeing this song actually released soon.

As the show went on, there were many slow moments where time began to sit still. It is one of my favorite parts of concerts. I love the moments that don’t quite feel real. Where your worries seem to disappear for a short second. Maia has many songs that can make you feel this way, but her live vocals really bring these emotions out of a crowd. It is clear she has so much natural and hard-earned talent in all aspects of her profession. Her voice is very soothing and pleasing to listen to. It has a warm and happy sound to it.

As the concert neared its end, Maia announced her closing and most popular song to date, “Mona Lisa”. The audience knew every word and helped her finish the performance off with a bang. As the song progressed, she clearly began to exert every last bit of energy she had into her final moments in Salt Lake. With so much power and passion, her hit song ended the performance perfectly.

Overall I would highly recommend anyone see mxmtoon on her “rising tour”. Her music is something very special to listen to live. Although I enjoy listening to her music digitally, it is much more impactful in concert. It is truly an experience I can’t explain. Although I can’t speak for all the venues on the tour, I would imagine the experience will be very similar to what I wrote above. I would also highly recommend giving Chloe Moriondo a listen, as she is a very talented young artist. At only 19 years of age, Chloe is bound to make her mark in the music industry very soon. Again, I highly recommend this show to anyone who enjoys concerts. It is really an enjoyable show.