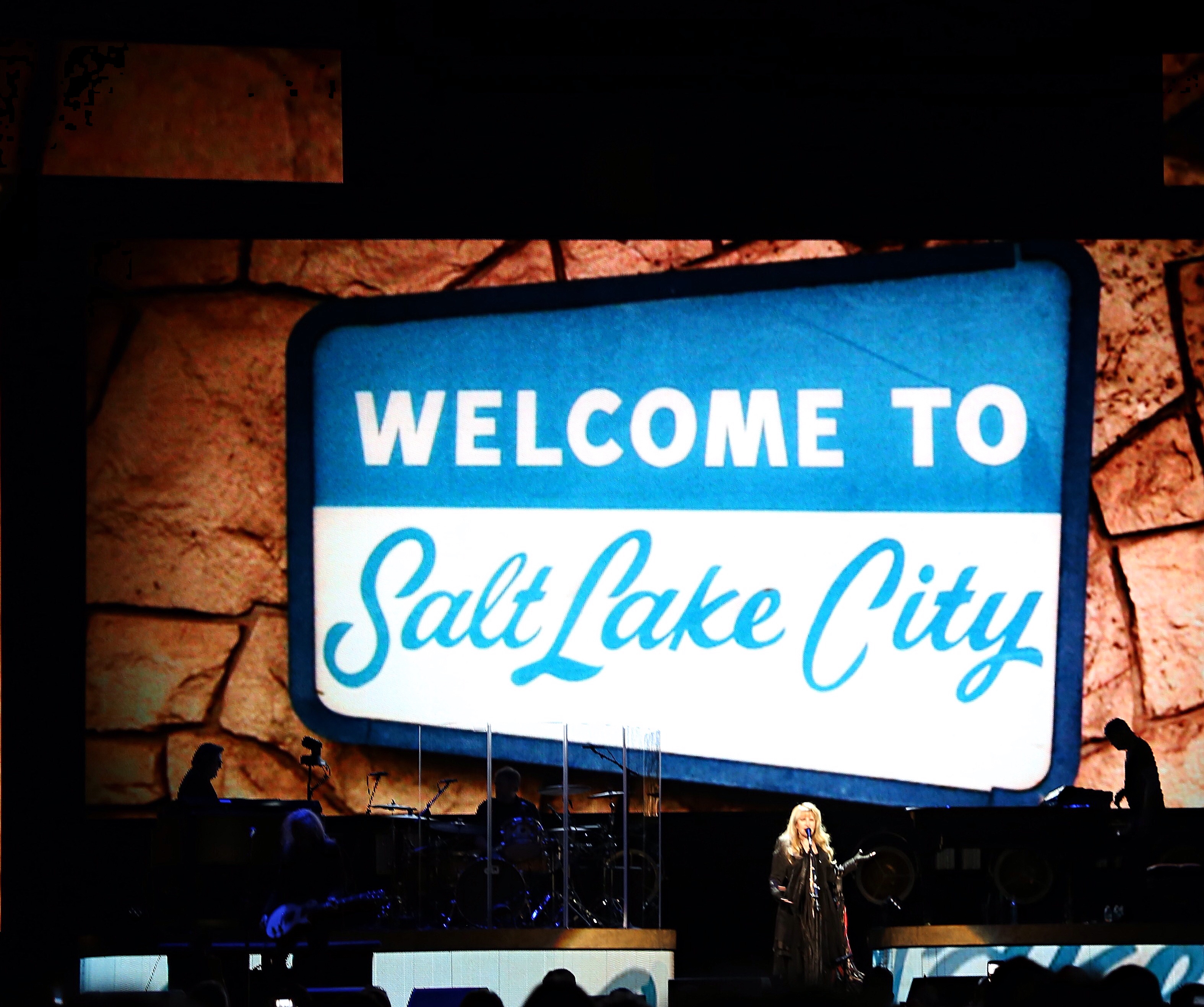 It’s not every week that one of the biggest icons in Rock n Roll visits Utah.  So I was excited when I saw that Stevie Nicks was coming to Vivint Smart Home Arena.  And to no surprise, she did not disappoint.

First, Rock n Roll Hall of Famers, The Pretenders were Stevie’s support act.  Headliners in their own right, they flew through their almost hour long set, blending hit songs with some newer numbers.  Chrissie Hynde’s voice was in peak form as she belted out songs like, “I’ll Stand By You”, and “Brass in Pocket”.  They had the entire floor of the arena as well as many areas of the lower bowl on their feet, singing and clapping along.  There was actually a moment that I forgot that this was the opening band.  I totally felt like I was at a Pretenders concert.  But of course, this was just the beginning.  There was of course, Stevie.

Now, this show was not like a typical concert.  The best way I can describe it is it was like that old VH-1 show “Storytellers”.  You know when VH-1 and MTV actually played music.  Stevie told us early on in the concert that she would be playing what she called “New, old songs” from her “Gothic trunk of lost songs”.  She mentioned that she’d be explaining how the songs came to be, why she released them when she did, and why she chose them for tonight’s show.  I thought it was a good idea to tell the audience up front that we were going to be hearing songs we probably didn’t know, but it should be fun anyway.  I think it put the crowd in the right frame of mind, and they reacted accordingly. The two-hour fifteen-minute show seemed to fly by for me.

Stevie mentioned that she had actually lived in Salt Lake City while she was in 7-9th grade.  This was something I didn’t know, and something that of course delighted the local audience.  She mentioned that her friend from that time was in attendance and that she has always had fond memories of living here.

Besides the two drunk dudes who were dragged to the concert by their girlfriends, the rest of the audience seemed to really enjoy the stories Stevie told. Later in the show, she jokingly recognized during one point in the show that she was telling a lot of stories.  She mentioned that by the end of the tour she might not even have a band, she’d just be up there telling stories.  A highlight for me was when she was starting her solo career she was offered a song by Tom Petty.  They ended up recording “Stop Draggin’ My Heart Around”, and it became one of her biggest solo hits.  The crowd went crazy when she started this song and went even crazier when Chrissie Hynde walked back on stage to perform the duet with her.

Of course, even with the crowd enjoying the stories, and the lost songs, Stevie Nicks understands that we were there to hear her hits.  Even when touring solo, she knew she’d have to play some of her biggest Fleetwood Mac hits.  After she finished singing “Rhiannon”, Stevie told us that she suggested maybe leaving that one of the setlist this tour.  She proceeded to tell us that her band gasped and said no way.  And of course, the crowd roared in approval of the band’s protest.  Along with giving us a string of hits, she brought back some of her classic shawls.  Then she iconically spun around in them, getting a cheer from the audience every time.

She closed the show with her beautiful song “Landslide”. She mentioned that she was in Aspen Colorado when she wrote it, but she wished she had written it here in Salt Lake City because she actually lived her, and she was only visiting Aspen.  No matter where it was written, it’s a fantastic song, and a perfect way to end the evening. 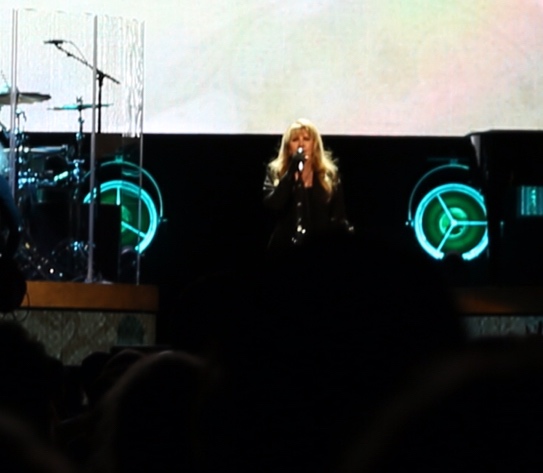 Stevie Nicks is an artist that has truly perfected her craft.  I was amazed how one minute she could make us feel like we were sitting in a small coffee house listening to a songwriter tell us how and why she wrote a song, and the next we’re back in a packed arena dancing to a proper rock song.  An artist like this transcends generations.  I saw mothers and daughters there together.  I saw groups of women who were most likely the same age as Stevie Nicks reliving some of their youth with these songs.  I saw groups of women who were much younger than me, enjoying their current youth with these songs.  It says a lot to me about Stevie and her repertoire.  I hope she brings that “Gothic Trunk” back around soon.