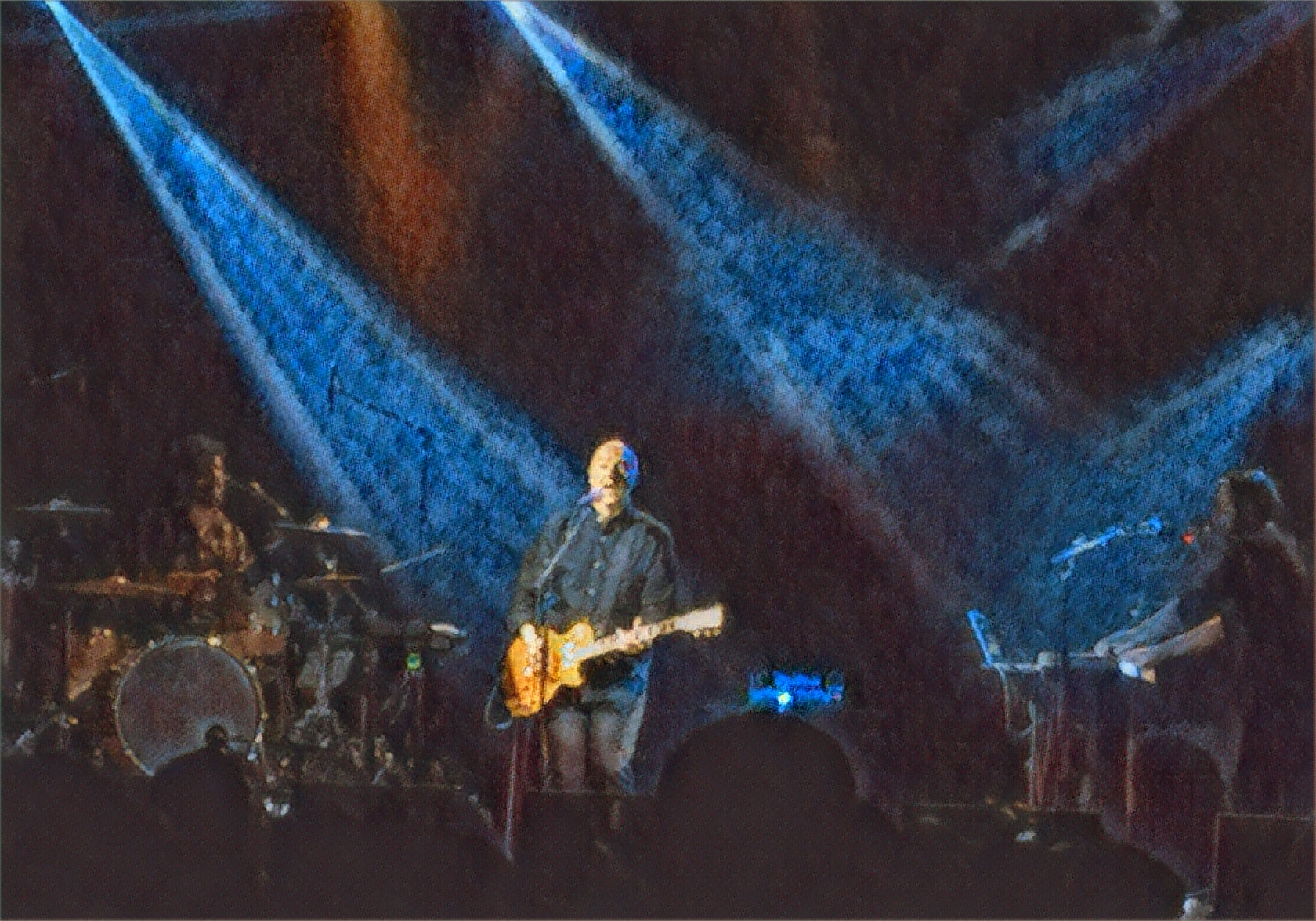 I have been wanting to see Midge Ure for most of my life.  Seriously for twenty-something years.  Whether with his band Ultravox, or solo, I have enjoyed his music, yet never really had an opportunity to see him.  Well last night at The Grand in The Complex, I finally had my chance.

My anticipation for this show was magnified due to the opportunity I had to interview Midge about a month prior to the concert.  So, talking with him about the tour got me really excited for what was to come.  And he did not disappoint.

Ure joked with the audience asking if anyone could understand him due to his Scottish accent.  He suggested maybe they thought he sounded like Shrek.  Throughout the night he was engaging, comical, and even a little self-deprecating.  When he introduced his song “If I Was”, he talked about how it was a number one hit in various countries, but not in America.  Following by saying, “But I’m not bitter.”

Midge mentioned that he had been in Utah a couple of years ago as part of the Retro Futura tour.  A number of audience members cheered to let him know they were at that show.  He mentioned how surprised he was that people there were singing his songs.  He didn’t think anyone here would know him.  He jokingly stated that he made a special point of returning to Salt Lake City on this tour just to make sure.

Midge joked that the type of tour he was on was called a “Scottish Tour.  Because it’s cheap.” He was joined on stage by only a drummer and a bass player who also played keyboard on various songs.  Both of them are very talented musicians and made it feel as if there was an entire band on stage.  I thought Ure did a solid job blending songs from his entire catalog  That can’t be an easy thing to do when you’ve had not only a successful solo career but been a part of hit-making bands such as Visage and of course Ultravox.  I was also really impressed with how well his voice has held up.  The man is in his 60’s and he sounds as good as he ever did.  If anything, there is an added richness to his voice that I really like.

Admittedly I was most looking forward to hearing the Ultravox songs.  As much as the audience remembered and enjoyed the other songs, it was obvious that the Ultravox songs were the highlight.  Midge mentioned that he wasn’t sure about doing some Ultravox songs because he was in just a three piece band and Ultravox is so layered with synthesizers and other instruments he didn’t know if they could pull it off.  But he knew he wanted to do these songs, so they went for it, and pull it off they did.  I really liked the arrangements of these Ultravox songs. They had a stripped down feel without losing any of their fullness.  For example, one of my favorites was “Dancing With Tears in My Eyes”.  It felt like a proper rock song, heavy with guitar, bass, and drums.  I loved it!

Ure closed the show with the great David Bowie classic “Starman”.  He mentioned how 2016 was such a hard year due to the loss of so many great people in the music world.

The best way I can sum up seeing Midge Ure in concert is that it was like meeting up with an old friend. You’re so excited to reconnect.  You talk about the good ole days, share a new story or two, and upon departure you regret not going over a couple more old memories.  And of course, the time together is never long enough.  But ultimately you’re so happy to have seen each other, and a new memory has been made.  And the hope is always that you’ll see each other again sooner than later.  So it is with Midge.