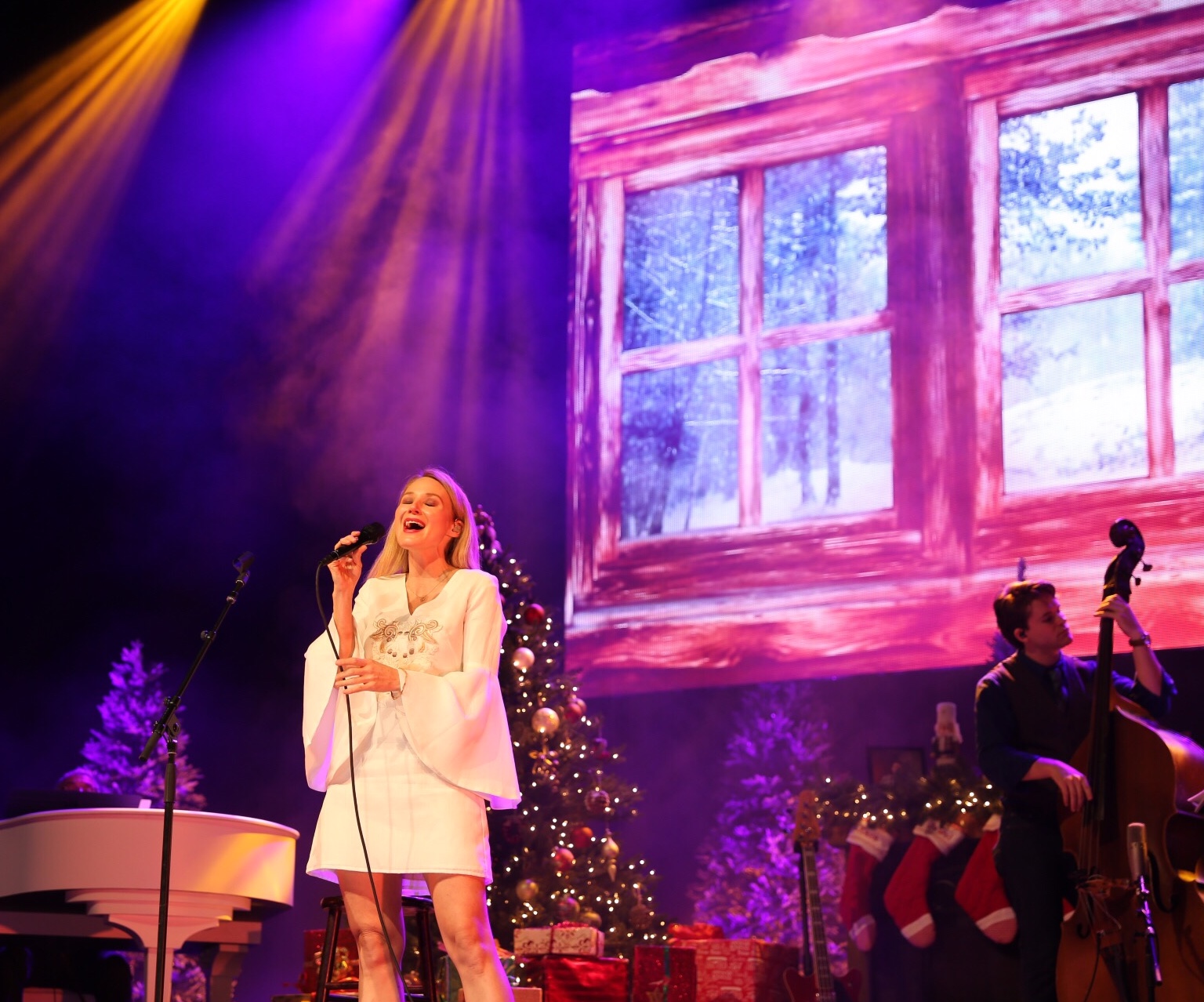 I have two confessions.  One, I love Christmas music.  And with that, I enjoy collecting holiday albums.  Second, It was Jewel’s 1999 holiday album Joy: A Holiday Collection, that converted me into a Jewel fan.  Don’t get me wrong, I understood that she was a good songwriter and that she was a talented singer.  But she really displayed her versatility on that album in a way I hadn’t heard from her before.  She moved from Opera (Jewel at one point was training to be an opera singer) to jazz, to country, to her most known singer-songwriter style.  I played that album to death that season, and it’s been a favorite ever since.  So I’m sure you can imagine how excited I was when it was announced that Jewel would be doing a holiday tour.  The concert was everything that I hoped it would be.

If you haven’t been to a concert at the Eccles Theater in downtown Salt Lake you really need to.  It’s a beautiful venue.  I had seen a few musicals there, but this was my first time seeing a concert.  I love the acoustics in there.

Jewel invited her father Atz Kilcher and her brothers Atz Lee and Nikos Kilcher to join her on this tour and they actually opened the show.  Each one of them did a couple songs each.  They seemed honored to be on the tour with Jewel, and her brother Atz Lee mentioned that it was great to be together touring since Jewel had to go out on her own on so many of her other tours.  Jewel’s father Atz shared his ties to Utah having received his bachelor’s degree at Brigham Young University, and his masters at the University of Utah as well as living in Payson.  Where Jewel was born.   I think audiences here tend to embrace an artist that much more if they have some connection with Utah.

Jewel took the stage with a five-piece band consisting of guitar, bass, drums, piano, and a multi-instrumentalist who played the violin, cello, and mandolin. 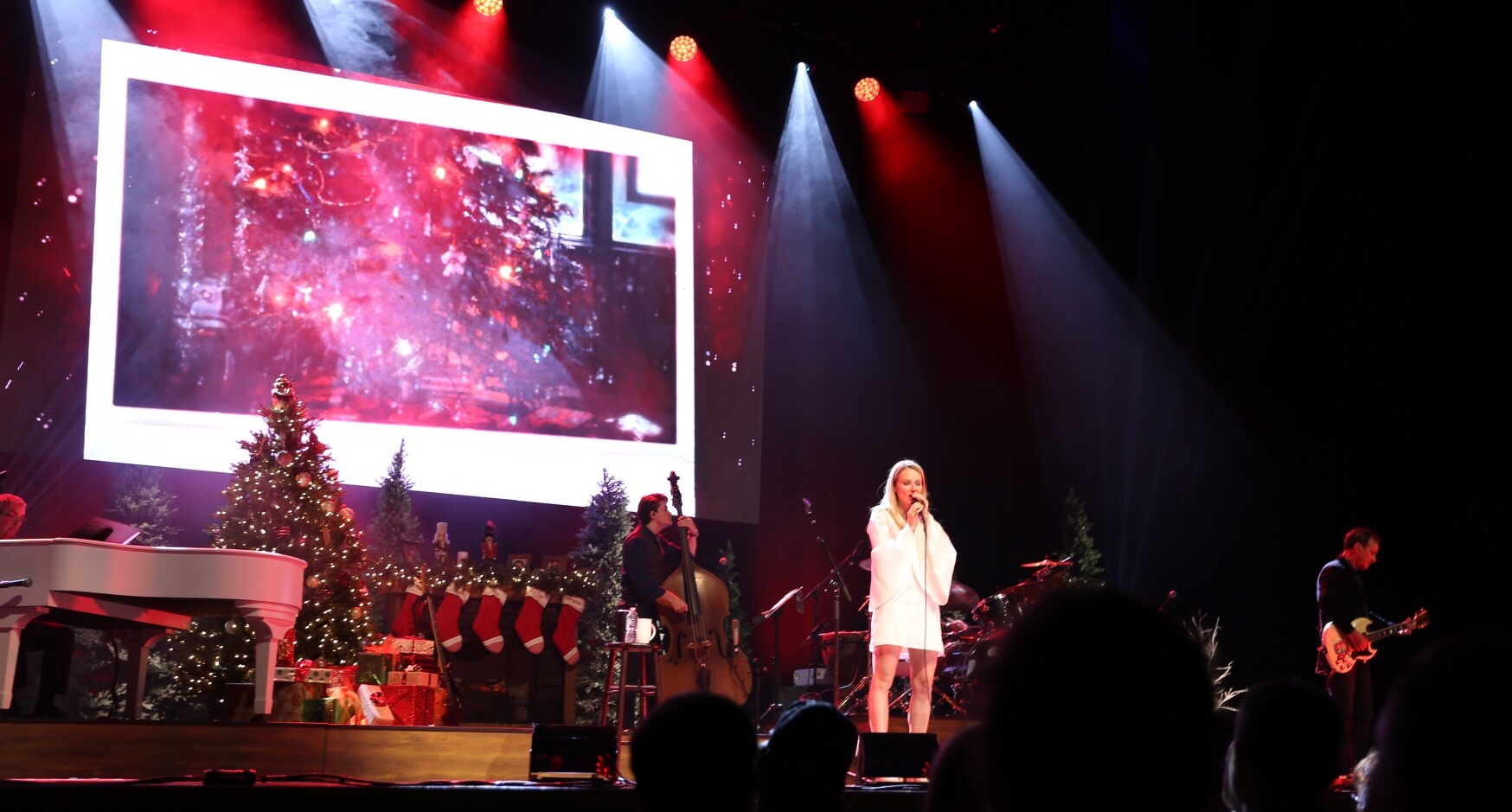 She opened with “Joy to the World” and moved through a variety of holiday tunes.  I was instantly impressed with the band.  They sounded like a recording.  They were impressive.  And speaking of sounding like a recording, Jewel’s voice was perfect. I would even say she sounded better than she does on her albums. I just sat there watching her sing “O Holy Night” with such ease and couldn’t believe this was live.  Like I said, I knew she had a good voice; she’s famous because she has a good voice. But having never seen her live until now, I wasn’t prepared for how clear and controlled it is.

After singing a number of Christmas songs, the band left the stage and it was just Jewel and her guitar.  She asked the audience what they wanted to hear and after hearing several options being shouted to her from the audience she settled on one.  But before I get into that, here’s a bit of advice.  When you go to a concert and the artist says “What song would you like me to play?”, don’t shout out their biggest it.  What they are actually saying is, “What song would you like to hear that you might not hear otherwise.”  People were shouting out, “You were meant for me!” and “Foolish games!”.  Come on people.  Like she’s not going to do those. 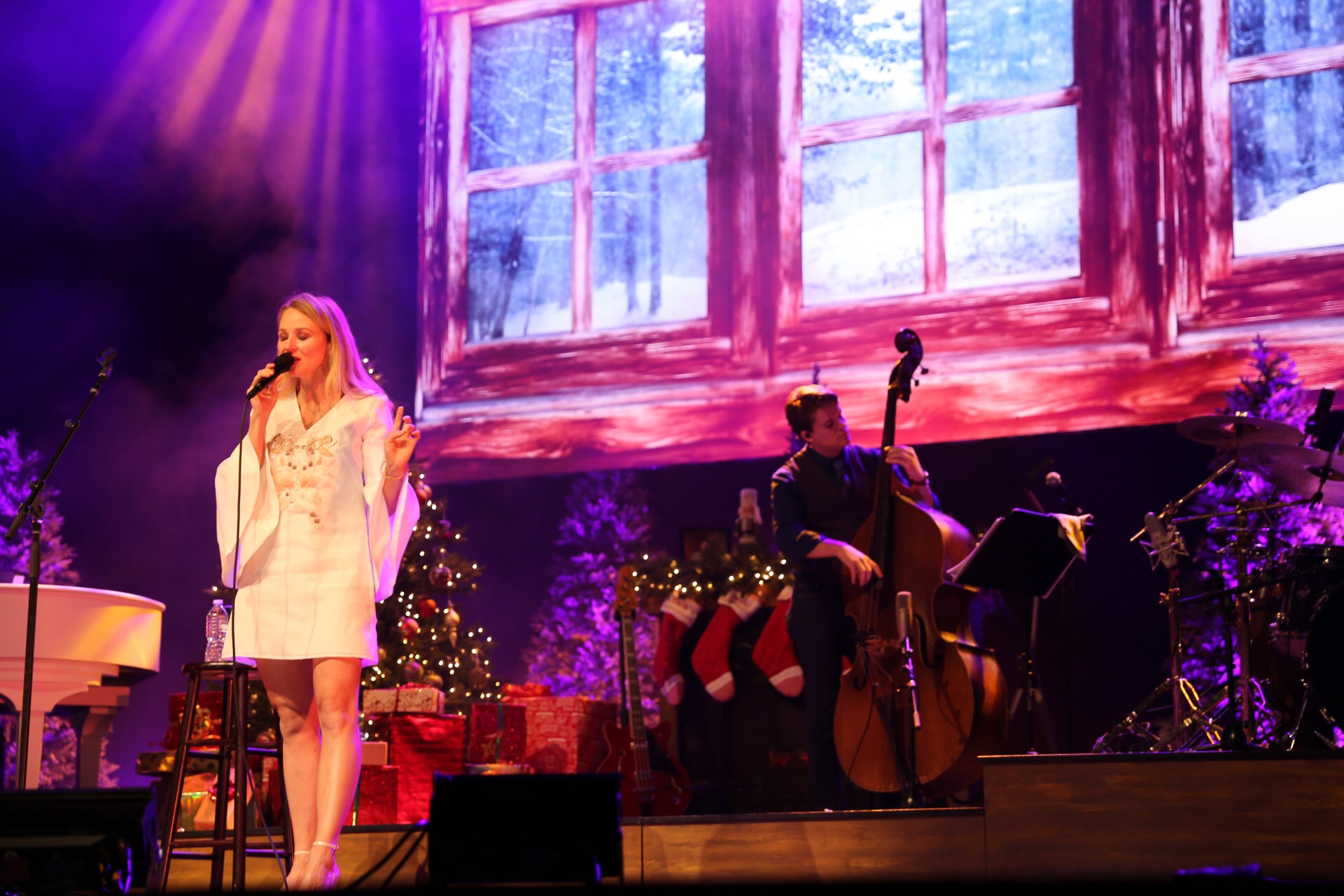 She landed on the song “The Shape of You”, a song she wrote about a friend who had passed away from cancer.  After that, she went into her big hits.  Just her and her guitar, telling stories of how these songs came to be.  Songs like, “Hands, You Were Meant For Me”, “Foolish Games”, and “Who Will Save Your Soul”.  While she was singing “Foolish Games”, a song that she said was her best attempt to knock off the late great Leonard Cohen’s writing style, I couldn’t help from thinking, ‘She’s performed this song thousands of times.  How is she singing it so emotionally, and deeply as she is right now?  I was mesmerized.  I don’t know that I’ve experienced something like that before.  I’ve heard that song so many times over the last twenty years, and yet I had never heard it quite like that. I was initially a little disappointed after the song because Jewel had to check with us to see if she had sung all of it.  She said that she was distracted midway through and had to remind herself where she was.  It was a funny exchange with the audience.  She’s a pro.  If she hadn’t said that, I would have never guessed that she was distracted. The song was fluid and moving.  I’ve been distracted about 20 times writing this review, so if it seems disjointed now you know why.  #ADD #ImNotJewel

She returned to the holiday-themed songs, and it became a real family affair.  Jewel’s brother Atz Lee came on stage and they sang “Silent Night”.  Jewel expressed her gratitude that her brother was with her after surviving a fall off of a forty foot cliff!

She then sang a song called “My Father’s Daughter”.  From my seat, I could see her dad Atz standing in the wings watching her sing this song and beaming with pride.  He then joined Jewel on stage and they dueted a song he had written called “Homestead Yodeling Christmas”.  They blew the audience away as they yodeled in harmony, going faster and faster and faster.  This song probably received the biggest ovation of the night.

The show was concluded with all of the Kilchers on stage singing with the band a rocked out version “Let it Snow” as snow machines shot show onto the stage.  It was a beautiful night of music.  I think it was a really good idea for Jewel to do a holiday-themed tour.  It kind of felt like it was a long time coming.  Just like her holiday album, she had the opportunity on the tour to really show off her range. And a great way to celebrate the holiday season.

Joy to the World
The Christmas Song
Have Yourself a Merry Little Christmas
O Holy Night
Hands
The Shape of You
You Were Meant for Me
Foolish Games
Who Will Save Your Soul
Ave Maria
Silent Night (with Atz Lee Kilcher)
My Father’s Daughter
Homestead Yodeling Christmas (with Atz Kilcher)
Let it Snow (with Atz, Atz Lee & Nikos Kilcher)