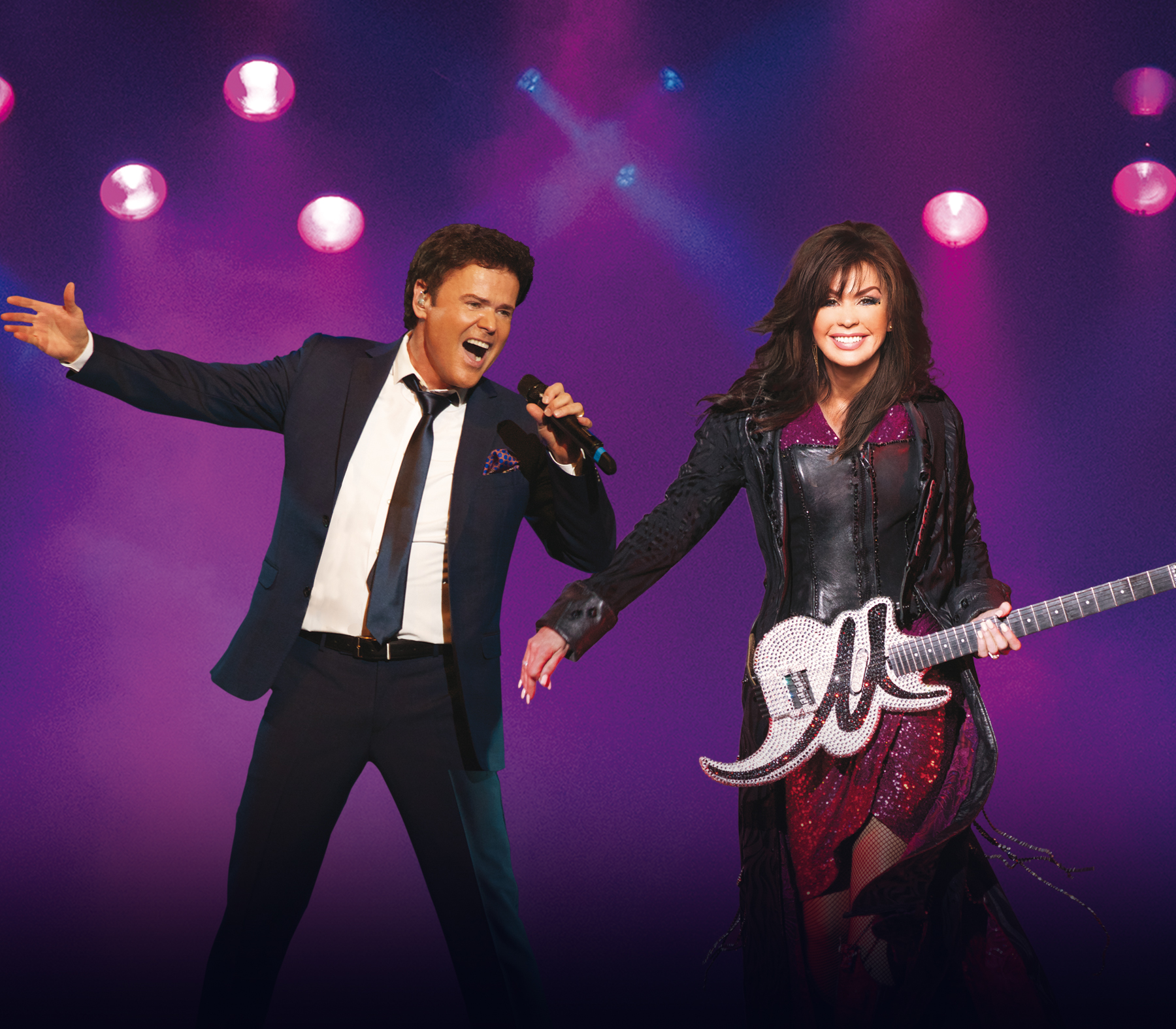 As I walked into the amphitheater I felt an unexpected buzz in the air.  People seemed to be so excited for this show.  I get it, usually, people are excited to see a show of someone they like, but this felt different.  I overheard one woman saying to her friend “This is going to be a special night.”.  Another middle-aged couple was rushing to their seats even though the concert wasn’t beginning for another twenty minutes.  The man said, “Slow down honey!”.  “I can’t!  I’m just so excited!” she responded.  The man looks at me and says, “I can’t blame her.  She’s been wanting to see these two since she was 18.”  There was a mixture of both young and not so young.  However the not so young seemed to be transformed into their younger selves at the thought of seeing their teen idols.

Before the show began, a man inconspicuously walked to center stage. As he began speaking into the microphone, I could see the audience one by one begin to notice that is was Utah Governor Gary Herbert.  He seemed to get a warm applause once he introduced himself.  He was given an even louder ovation when he stated that July 11, 2017, would be known as “Donny and Marie Osmond Day” in the state of Utah.

The show began with the Osmond siblings appearing at the top of stairs with a large video screen in the background showing clips of them throughout their career.  They sang a medley of pop songs while four dancers entered the stage.  From what I understand this is a stripped down version of their award winning Vegas show.  The band was great, and the dancers were fabulous. If this was the stripped down version, I can’t imagine the visual overload of the full production.

After the opening series of songs, Donny left the stage and Marie remained on stage singing songs both old and new while sharing memories about her career and personal life.   She emotionally spoke of her friend Olivia Newton John’s current bout with cancer and asked the audience to pray for her.  Marie joked about aging, and how hot it was outside.  She chugged a bottle of water then looked at the audience saying “And they said Mormons can’t drink.”.

Marie left, and Donny returned singing his childhood hit “Puppy Love”.  The women of the audience screamed as if they were teenagers again.  Like Marie, Donny sang songs from his back catalog as well as some newer songs.  He shared some of his memories of playing Joseph from “Joseph and the Amazing Technicolor Dreamcoat” here in Salt Lake City.  He joked about the loin cloth he had to wear for most of the show.  As he went to sit on the stairs to sing one of the signature numbers from that show “Close Every Door”, a woman from the audience yelled, “Take off your shirt!”  He broke into laughter, and so did the audience. He then told the lady, “You know you’ve totally ruined the whole set up I did for this song, don’t you?”  Everyone laughed again.  He was quickly able to reset the tone and sing the powerful number flawlessly, earning him a standing ovation.

The brother and sister duo exchanged stage time once again before returning together to sing, and dance to some of the songs they had recorded.  They finished the show with the song they always sang at the end of their variety show in the 70’s.

There were a couple of things that stood out to me from this show.  One, just how good their crowd work is.  There were times in the show where I couldn’t tell if they were ad-libbing or if it was scripted.  I’d imagine it was a little of both.  But there were definitely parts of the show where I found myself laughing hard at the banter between the two of them or being taken back to a time and place where they had some of their greatest successes.

The other thing that really stood out from the Donny and Marie show is just how impressive their careers have been.  Look, I get it, these guys aren’t for everyone.  I’m not going to suggest that someone who loves Iron Maiden, is going to love sitting through a Donny and Marie concert.  But think about it. Their careers have spanned over 50 years.  They’ve sold millions of albums,  had TV shows, been in musicals, doll collections, and so on and so on.  The fact that they have been able to have continued success decade in and decade out is something to be admired.  And they’re great performers.  Their voices are still intact, they’re good dancers, and they put on a really fun show.

I’m not going to tell everyone and anyone to go see Donny and Marie.  But if you want to see a show that’s well put together, sentimental, polished, funny, and simply a good night out, then I recommend seeing Donny and Marie.