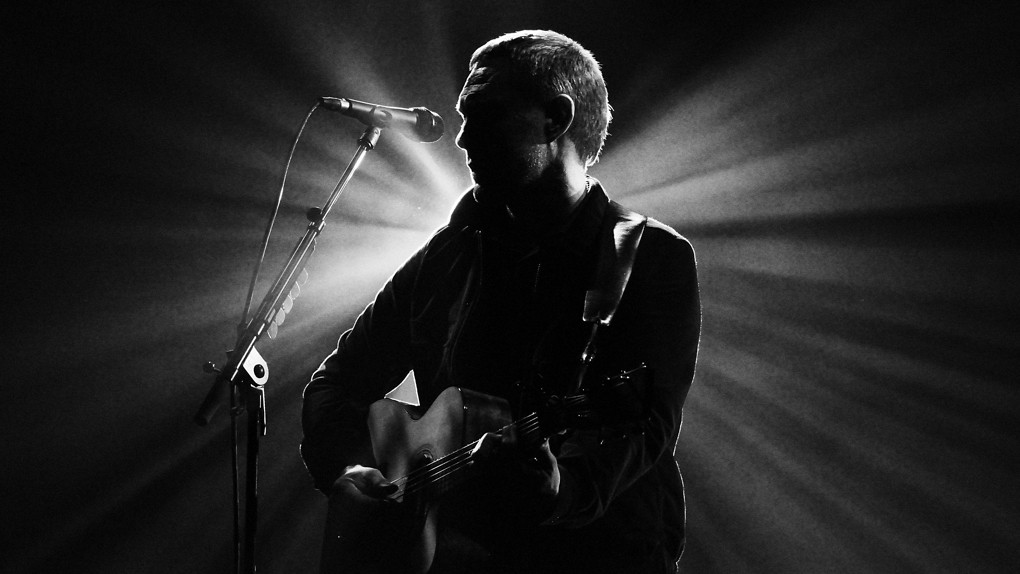 I am a huge fan of David Gray.  And if there was any doubt, I feel like I proved it on Saturday Night.  On what felt like the coldest evening so far this fall, the co-headlining tour of Alison Krauss and David Gray bundled up their way to USANA Amphitheater.

I think that due to the cold weather, USANA didn’t expect a big crowd.  And while the venue wasn’t sold out, there was still a huge line to enter the venue due to only a few gates being open.  This was a little frustrating because I had arrived with at least 20 minutes to spare, and I still didn’t make it to my seat until about two to three songs in.  These things happen, but I was disappointed to miss the opening of the show.

I came to the show prepared.  I wasn’t going to be frozen out of this concert.  I had a beanie, scarf, gloves, thermals, heavy coat, and hand warmers.  I was still not the warmest I’ve ever been. But I was warm enough to enjoy the evening. Now 39° in the middle of winter isn’t so bad.  But when it’s the first time you’re feeling that weather in a while, and you’re sitting outside, it almost felt like 20°.

I was curious how David would do in these conditions. DG is constantly using his hands throughout the show by moving from guitar to piano depending on the song.  Would he be able to play in the cold? Would his voice be affected? Would he shorten the setlist? In addition, extreme weather can make it difficult for instruments to stay in tune.

Somehow, someway, everything stayed in tune throughout each song, and Mr. Gray played and sang as perfectly as a warm spring day.  I have to give him credit for being a great sport. He didn’t say too much, I’m sure he wanted to move the show along, but he made jokes here and there about how cold it was, even stating that this might be the coldest show he had ever played.  He soldiered on and seemed to have a really good time.

For the first seven or eight songs, it was only David on the stage.  He played stripped-down versions of “World to Me” and “Please Forgive Me” that gave each song a simple yet meaningful feeling.  This is what I imagine it was like to see him when he was starting out. It was a great way to begin his set.

The band joined him on stage and they plated “Say Hello, Wave Goodbye”  a favorite of mine from White Ladder.  I’ve seen David Gray several times and I don’t think I had ever seen him perform this one, so it was particularly exciting to get to hear it live.

David Gray does this amazing thing with the song “Nemesis” to where he extends it to about ten or so minutes. I’ve even heard versions that go about sixteen minutes!  He plays the song and then seems to improvise the rest with his talented band following every move as if it’s rehearsed this way. But it’s been done so many different ways that I don’t think the song is laid out in a particular way.  It’s a real tribute to how in sync the band is with David and each other. David will add new lyrics, themes, and emotions to the end of the song that makes it feel like it’s a unique moment for each show on his tour. It was the highlight of the show for me.  It gave me chills and I don’t think it was the cold!

He also performed favorites of mine like “The One I Love” and “Silver Lining” which I hadn’t heard in some time.  I noticed many audience members looking at each other throughout the night saying things like “I love this one!” or “This one is my favorite”.  I noticed that the most when he performed another favorite “This Years Love”.

Of course, the most high energy moment of the night is when he sings “Babylon”.  The crowd who had spent the majority of the set under blankets drinking coffee or hot chocolate showed some life with this classic sing-a-long.  David got into it by throwing his coat and scarf on the ground and moving around the stage. The crowd responded in kind by throwing off their blankets, standing up, and clapping and singing along.  It was a perfect way to end the set.

In a few days, I get to see David again down in Santa Barbara, California.  I anticipate warmer weather and another great performance from one of my all time favorites.  I expect David Gray is looking forward to being in a warmer place as well!

Since the season is changing, I anticipate this being the last show I see outdoors for a while.  On one hand, I’m glad because I don’t enjoy freezing even if it is to see some great live music. On the other hand, there is nothing like seeing a great show outdoors.  I look forward to the end of winter when I can come back to USANA Amphitheater for another summer of great shows! Stay warm everyone!