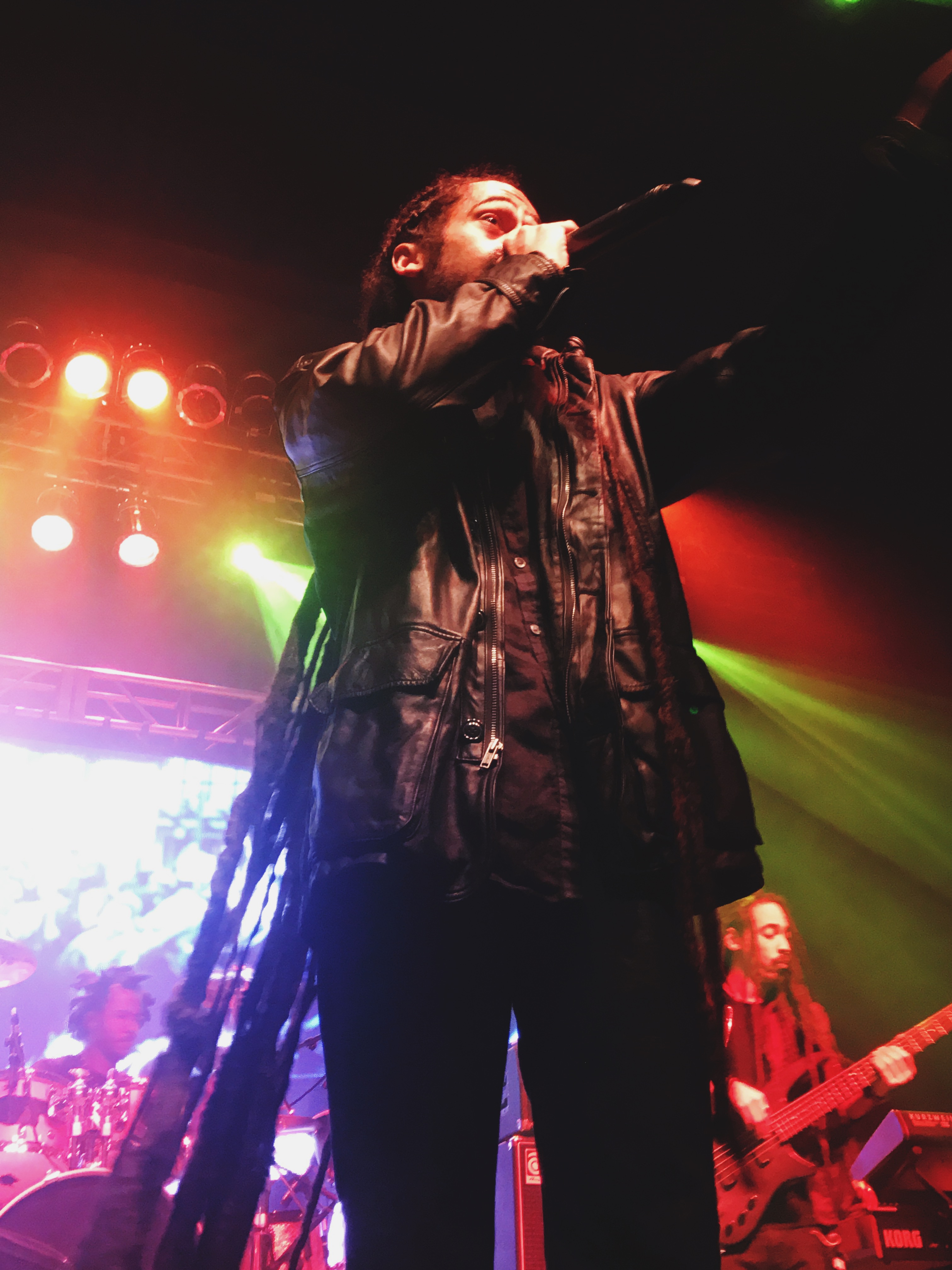 It seems there’s a lot of tension right now in this country.  When that happens we all look for a place to go where we can find peace of mind even if for a couple hours.  Some go to church, some go to the gym, and some just take a nap. We chose to go see Damian “Jr. Gong” Marley at The Depot.

The minute we walked in we could see the vibe was relaxed and easy.  Just like you’d expect a Reggae concert to be. The crowd was so fun.  Everyone was having a great time. It was a great feeling to see everyone getting along and singing along together.  Security was so nice and friendly at The Depot.  They stayed pretty relaxed throughout the show and let the crowd enjoy the concert.  This wasn’t really the type of show where people got too crazy so security had an easy night.

We loved Damian’s band.  They really set the tone for the show. They sounded great!  The beautiful backup singers had amazing moves and their voices blended perfectly with Damian’s.  There was one guy on stage whose sole responsibility was to wave a Rastafarian flag.  And that is just what he did.  For the entire show!  He waved that flag back and for almost 2 hours! We were so impressed.  We thought that he’d maybe just wave it for the first song, or maybe the first few.  But nope.  He was up there all night.  It was great.  The band as a whole just seemed like they loved what they were doing and loved being up on that stage.

Damian sounded great and seemed to be really enjoying himself as well.  He has dreadlocks that fall all the way to his ankles. Watching those is a show in itself.  He played the best songs from his catalog including “Medication”. Damian also educated us on the benefits of legalized Marijuana.  We found it very informative.

The highlight for us was when he sang some of his father Bob Marley’s hits.  He sang “War”, “Exodus”, and our favorite of the three “Is This Love”.  When Damian Sang “Is This Love” it was almost as if we were seeing Bob Marley himself singing it. Damian sounded just like him.  It was incredible.  It bordered on being a spiritual experience for us.  The moment was that special for us and really the entire audience.

Damian finished the show with his biggest hit “Welcome to Jamrock”.  The crowd went as crazy as they had all night and we all sang every word.  It was the perfect way to end such a beautiful night.

With so many crazy things going on in the world right now it was so nice to spend a couple hours with Damian and his fans. The unity, fellowship, and one love in The Depot was exactly what we need it.  We recommend that everyone spend some time at a Reggae show.