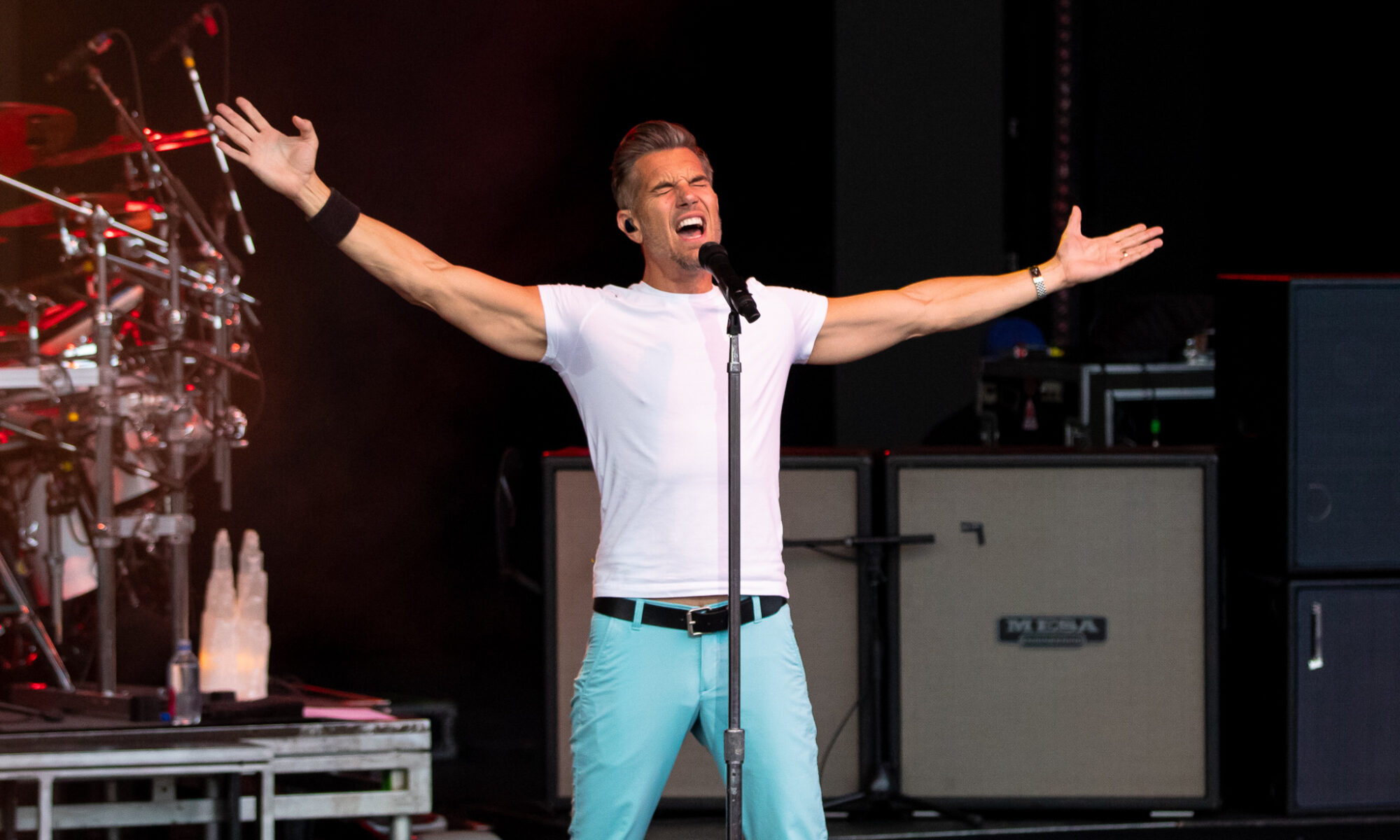 It’s the summer and this is the summer of love and unity. 311 is on the last leg of their Spring 2022 tour and made a stop in Sandy Utah at Sandy Amphitheater. Now, this is a new location for 311 from what we are used to. They usually perform at USANA Amphitheater. I’ve been to many 311 concerts in the past and know they have an amazing turnout at each show. I couldn’t imagine seeing a smaller venue holding all these people. However, this venue being smaller made for a more intimate night. You could tell that the attendees at this show were definitely at the level of “An Excitable One”. The name 311 gave the fan base that’s been there since the beginning. The excitable ones helped get their music outside of Omaha, Nebraska – a grassroots movement- and even named their next albumGrassroots.

As I got into the venue I looked to the left and saw the merch table with a line that was probably about 311 miles long, not really, but it was long. 311 has tour shirts that look like sports jerseys and say the name of your city and state and the date that they performed. It was cool to see the multiple years worn by all different types of people.

Teenage Wrist, a band that brought me back to my youth. Their name is inspired by the song “Teenage Wristband” by The Twilight Singers – formed by Greg Dulli. When I heard them perform, it reminded me of the music I would load onto my pink iPod mini in high school and blast at full volume (not realizing the hearing loss I’d start experiencing as I got older). Teenage Wrist came out to perform and the crowd was there for it. They seemed to have taken kindly to this band, as did I, and really got into it. I’d imagine if they weren’t fans before, they are now. I immediately looked them up on Spotify and pulled the lyrics up and it is Brittany approved. Check them out!

Without delay, 311 came out on stage and started off with “Come Original”. I think there is no better song to open with this song as it gets you hyped up immediately. When this song started you had people rushing back in to not miss the show. Fans were dancing and singing as they come into the crowd. Strangers technically, but family here. What really stood out the most in the crowd was the amount of smiles that I could see. I don’t know what it is about younger fans but they always make me want to cry because they are so unbelievably stoked to be at this concert. Shout out to all the cool parents who take their children to shows. Because there’s nothing better than going to school the next day and showing off your new shirt and bragging that you got to go to a concert.

I was sitting about 6 rows back from the stage but it felt like I was in the front because of the size of the venue. The stage is only about three and a half feet tall so it really feels like they’re on the same level as you and there aren’t huge gaps between the seats on the stage. “3. 11. 3 3 11.” chants would come from the crowd, a common occurrence at a 311 show. During their songs, I noticed the lighting design on stage. Lighting is such an important part of how we feel and so it is necessary that the lights fit the vibe of the song. It’s incredible what a few lights can do to a show. My favorite lights were the purple ones as they were incredibly vibrant and fit perfectly with the feeling of the evening.

The sound at Sandy Amphitheater is probably one of the best in the valley. The sound techs that work with the tour did a fantastic job making sure the sound was clear and loud enough to feel. I always rate the sound based on how much bass I can feel throughout my body. I give this one a solid 10/10. Not overpowering so it wouldn’t ruin the music, but not weak, either. I could understand the words and had my earplugs in. Sidebar: please wear your earplugs! I never did and now my television has to be up full blast. My parents call me “grandpa” and I use subtitles for everything.  Anyway, I digress.

As I watched the show, I noticed how 311 interacts with the crew. You can tell this is more than a work relationship. You can see that this crew and 311 are actually an entire family. I have recognized a few of the crew members that have been with them for years and you just don’t see retention like that these days. An extremely special “Thank you” goes to the entire tour crew. Without you all, this show wouldn’t be half of what you have made it into. We appreciate the band but we also appreciate the crew who brings the band to us! Thank you on behalf of the fans!

The stage sits on a hill and is south-facing. This means the performers are not blinded by the sunset, yet we get to enjoy a sunset and a show. A 2 for 1! And what better song to play at sunset than their cover of The Cure’s “Lovesong”. Throughout the show we got to witness guitar solos by Nick Hexum and Tim Mahoney, P-Nut’s bass solo, and the incredible and notable drum solo by Chad Sexton. We know when we get the drum solo that this will lead to an all-band drum sesh, known as “Applied Science”. Each time I see this set I’ve noticed they incorporate more instruments and visuals to it.

I overheard someone saying “That means they have 3 songs left!” That someone was right on, they must come here often. They ended the show with “Creatures (For A While)” and said their goodbyes to the fans. If you’re new here, they aren’t done. They’ll be back in just a moment so don’t leave! The band returned to the stage and the screams intensifed. They play the last two songs, “Omaha Stylee” and the hit “Down”. “Down” was their first #1 single to hit the Billboard Alternative Song Chart and is dedicated specifically to those old-school fans, The Excitable Ones. Everyone gave it all that they had to rock out to this. There was headbanging, dancing, jumping, the whole enchilada. This ending was the perfect beginning to a “Never Ending Summer”. Thank you, 311!